Posted on Tuesday, Dec 08 2020 @ 12:49 CET by Thomas De Maesschalck
Another custom design Radeon RX 6900 XT, this time it's the Phantom Gaming OC Edition from ASRock. The Phantom Gaming card has a triple-fan cooling solution with RGB LED light effects and uses three 8-pin PCIe power connectors. There are three DisplayPort 1.4 outputs and one HDMI 2.1 output. The clockspeeds of this model are still unknown. We also don't know the price not when it will be available. Presumably towards the middle of this month or later. 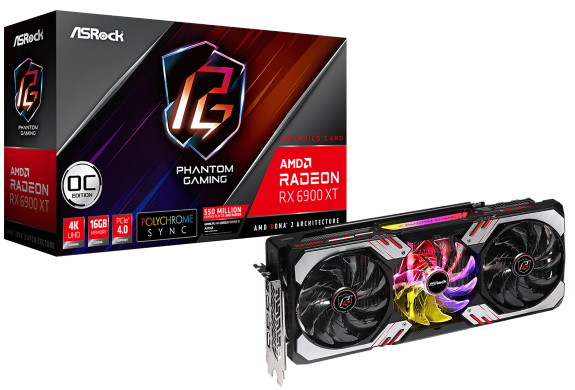