While Cyberpunk 2077 is still suffering from a lot of bugs, a lot of gamers are playing the game. The launch of Cyberpunk 2077 helped push the number of concurrent users on the Steam platform to a new record high of 24.8 million players.

This record will likely get broken again over the coming weeks. The previous all-time high of 24.35 million concurrent users was set in April 2020. The new record can be attributed to Cyberpunk 2077 as well as the continuing and tightening lockdowns all over the world. 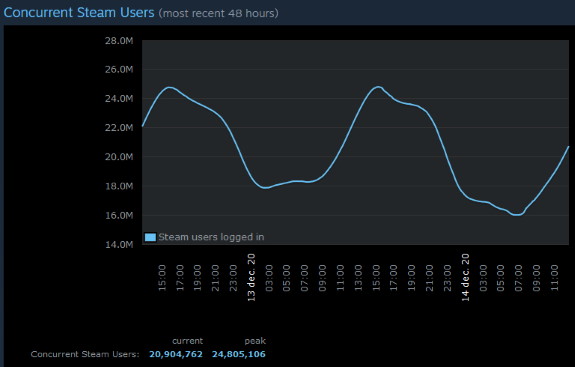