Posted on Tuesday, Dec 15 2020 @ 10:51 CET by Thomas De Maesschalck
ASUS just expanded its GeFore RTX 30 series ROG STRIX lineup with a bunch of new light-colored SKUs. These models have the same specifications as the previously launched cards, the only difference is the adoption of a white color scheme. The cards feature a white shroud, white fans, and a white backplate, but the PCB is still black.

Pricing will likely be slightly higher than the regular models. Whether you'll be able to find them in stores is another question... As you probably know, availability of NVIDIA GeForce RTX 30 series and AMD Radeon RX 6000 series cards is very poor. 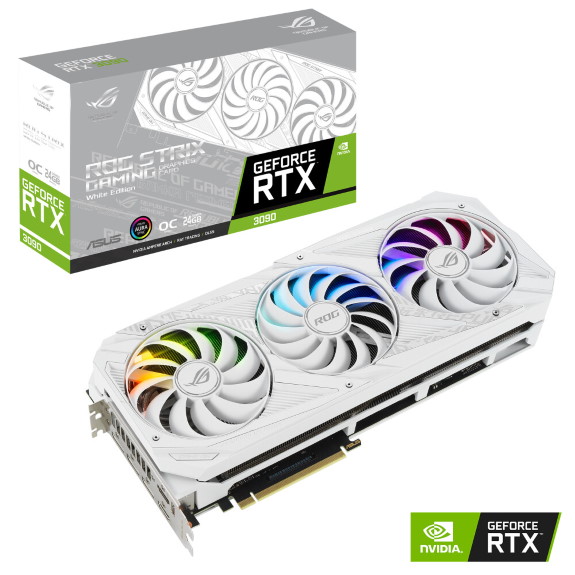