The non-XT card costs $140 more than AMD's MSRP and the RX 6800 XT GAMING OC carries a $200 premium. VideoCardz has more details over here and concludes this is the first time an AMD board partner has publicly confirmed the high price of the custom-design cards.

So far no board partner had publicly confirmed the very high price of its custom series, usually, it was up to retailers or distributors to determine the pricing (if they had a chance to sell it anyway). It is actually kind of surprising to hear such high pricing directly from Gigabyte employees. It could mean that the official MSRP that they announced will be kept for a while. It also raises questions about whether AMD MSRP had any meaning in the first place. 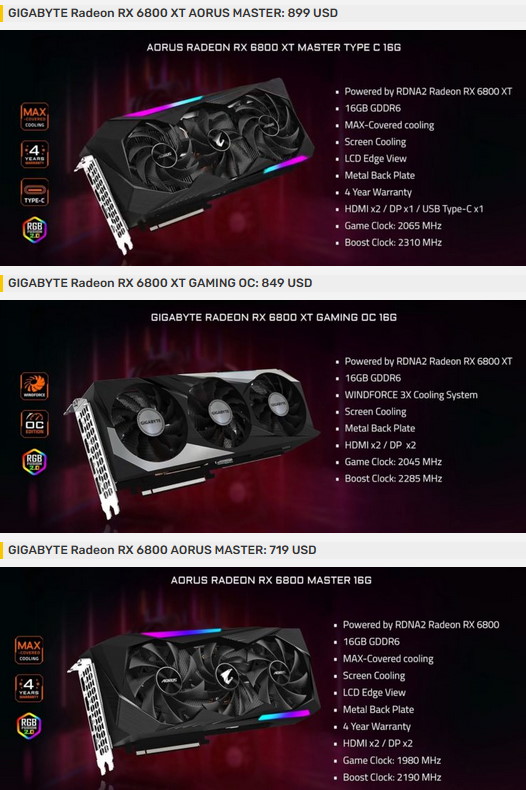