Posted on Monday, Feb 22 2021 @ 08:57 CET by Thomas De Maesschalck
Does it make sense to roll out low-volume versions of GPUs that are already barely available? Various AMd add-in board partners seem to think yes as they're rolling out flagship versions of the Radeon RX 6900 XT. Last week we saw the new TOXIC model from Sapphire and now VideoCardz scores an exclusive with the first photos of the PowerColor Radeon RX 6900 XT Liquid Devil.

The video card maker is working on a Liquid Devil version of its Radeon RX 6800 XT and Radeon RX 6900 XT. Both models will get a custom version of the EK Quantum Vector RX series waterblock with a custom backplate.

The original EK Vector water block is only for AMD reference cards, but it seems that EK has modified the block for PowerColor’s wider PCB. Judging from the photos, it appears to be identical to RX 6900 XT Red Devil’s. That said, both Liquid Devil and Red Devil will share the same board design.

The official announcement from PowerColor is expected later this week. 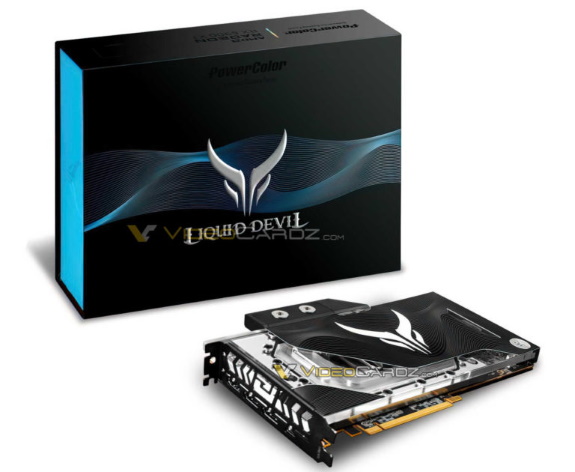