Posted on Tuesday, Feb 23 2021 @ 09:38 CET by Thomas De Maesschalck
A Chinese company we've never heard of is showing off its first DDR5 memory. On the website of ASGARD, you can find information about the firm's DDR5-4800 memory kit. While Asgard could be a nice name for a gaming brand, this memory kit looks rather basic. It has a relatively empty green PCB and doesn't feature a heatspreader.

At the moment, this is just a preview. ASGARD says the modules will be available by the time Intel's Alder Lake-S hits the market. These 12th Gen Core CPUs are expected in the final quarter of this year.

What is definitely interesting is that the company already announced when these kits will enter mass production. Asgard now plans to start making the kits around the same time Intel’s 12th Gen Core series codenamed “Alder Lake” will be available. At this moment we have only heard about a possible announcement in September with a release expected in the fourth quarter. 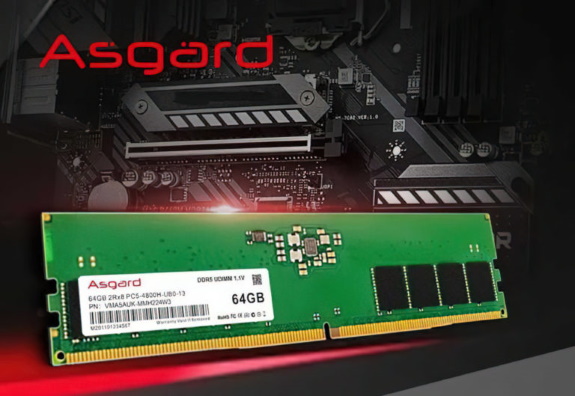