Posted on Monday, Mar 01 2021 @ 18:11 CET by Thomas De Maesschalck
Earlier this year, I checked out the new Versa 3 fitness tracker from Fitbit. It's one of the company's latest products, it packs more features than its predecessor but in terms of capabilities, it ranks one step below the firm's more expensive Sense model.

One of the interesting things about smartwatches like those from Fitbit is that manufacturers can roll out new features over time. Since last week, Fitbit is rolling out an update for several of the company's older devices. In particular, Versa 2, Inspire 2, and Charge 4 have received a new Health Metrics dashboard.

The Health Metrics dashboard was rolled out for the Versa 3 and Sense late last year. It's an extra screen that's accessible via the Fitbit smartphone app. Older Fitbit trackers like the Versa, Versa Lite, Charge 3, Charge 2, Inspire 2, Inspire HR, and Alta HR will not get the Health Metrics dashboard for free. Fitbit requires users of these older models to pay for a Fitbit Premium subscription to get access to the new features.

Which metrics you can access via the Health Metrics dashboard depends on the device: Regular users can see 7-day trends, those who pay for Fitbit Premium get access to a 30-day view. This is kinda ridiculous in my opinion, the firm charges you to see your own data. Health Metrics is available in 40 countries -- more countries will be added in the future. 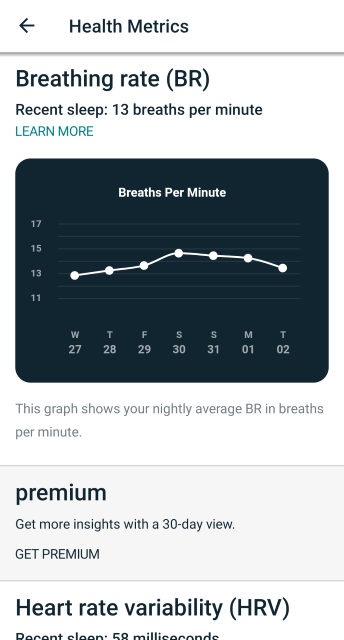 Fitbit is also expanding its range of health metrics by adding support for third-party devices. The first example of this is the new Blood Glucose Tracking feature. Currently, it's exclusively available in the US. It lets users of the LifeScan OneTouch reveal app sync data with the Fitbit app -- giving you one-stop access to everything related to your health. Diabetics can use this to better manage blood glucose levels.

In the future, Fitbit will add support for other blood glucose trackers and the firm will expand this functionality to countries outside the US. Besides syncing with supported LifeScan OneTouch Reveal, the Fitbit app also allows manual entry via the Blood Glucose tile.