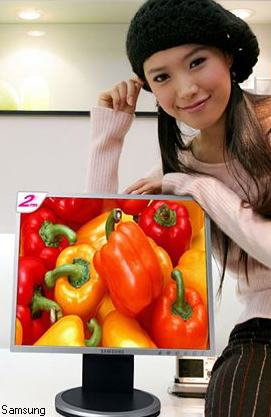 A couple of months ago ViewSonic released 3ms LCD displays and now Samsung is getting ready to debut a 17" and 19" LCD display with a response time of only 2ms.

Both the Samsung SyncMaster Magic CX717B and CX917B will feature the Response Time Accelerator technology along with a 1000:1 contrast ratio.

Both the SyncMastermagicCX717B and CX917B are privy to a Samsung developed technology called "Response Time Accelerator" that, you guessed it, accelerates those response times up to a snazz 2ms, though it seems that it's only gray to gray (hard to tell from the translations we waded through) which would put it in the same league of other 2ms displays we've seen.