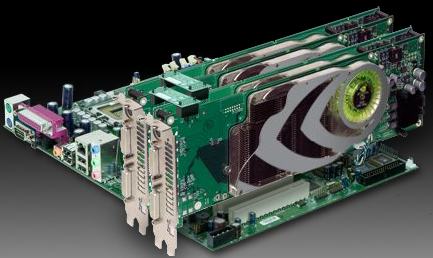 Imagine tearing through today’s most advanced PC games with an unheard of 41 gigapixels per second of raw graphics performance, 5.2 teraflops of compute power, 96 pixel pipes, and an astounding 2 GB of on-board graphics memory. Nothing can stop you when you have this kind of hardware on your side.

Now imagine yourself doing all of this at extreme HD resolutions with everything turned on. A Quad-SLI PC lets you run your favorite games at an unbelievably high resolution of 2560x1600 while maintaining silky smooth frame rates. In addition, support for a new 32x antialiasing mode and 16x anisotropic filtering enables stunning visuals.