3DMark2001 SE
First we go benching with the good old 3DMark2001 SE, most people really liked this one until some problems with the 3DMark benchmarks.. However for comparing the same system with PBE turned on and off these test will do fine I think. 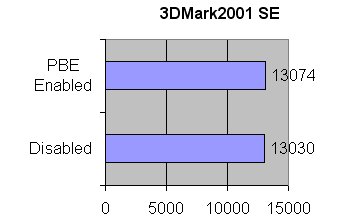 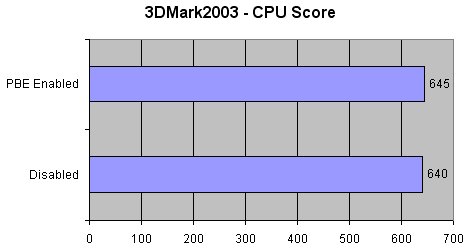 When we take a look at the 2 CPU tests however we only see a very small performance increase, 0.3FPS more in the first one, and 0.1FPS more in the second one.

The biggest difference was in 640*480 in the flyby benchmark which shown 2.3% more frames per second. The botmatch benchmarks show in both cases a performance increase of about 1.4%.