After 3.5 years of usage, my old Sony Ericsson T610 phone suddenly started malfunctioning and I needed a new phone. I browsed online through some of Sony Ericsson's, Nokia's and Samsung's offerings but I couldn't really find a phone that fit my needs. But then I checked out some of HTC's phones and found the HTC S710. This Windows Mobile 6 based phone had lots of interesting features, including a 2 megapixel digital camera, a slideout QWERTY keyboard and WiFi support. The size of the S710 also pleased me, its candybar shaped design is barely bigger than my old phone. Not bad for a feature-packed Windows Mobile phone.

The S710 is made by a Taiwanese company called High Tech Computer (HTC). They were found in 1997 as an Original Design Manufacturer (ODM). This means they manufactured products to sell them to other companies who rebadged the product and launched it on the market as their own. Today HTC has a broad range of its own-branded products but they still sell their phones to phone operators and OEM partners. You can buy the HTC S710 (codenamed HTC Vox) in a store or you can also buy the Orange SPV E650, Vodafone VDA V, Vodafone V1415 or DOPOD C500 which are the rebranded versions of the S710 phone. 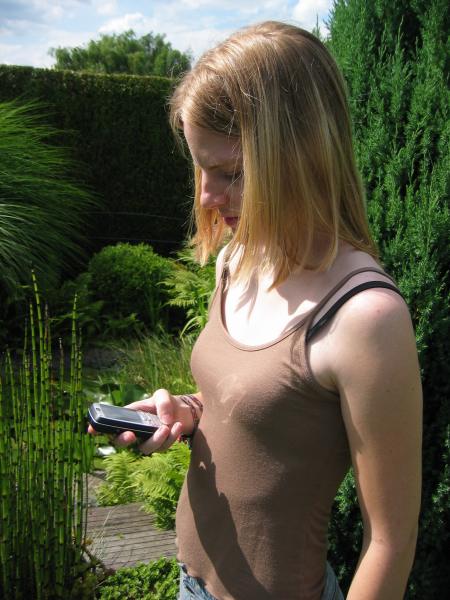 The HTC S710 ships in this nicely designed box: 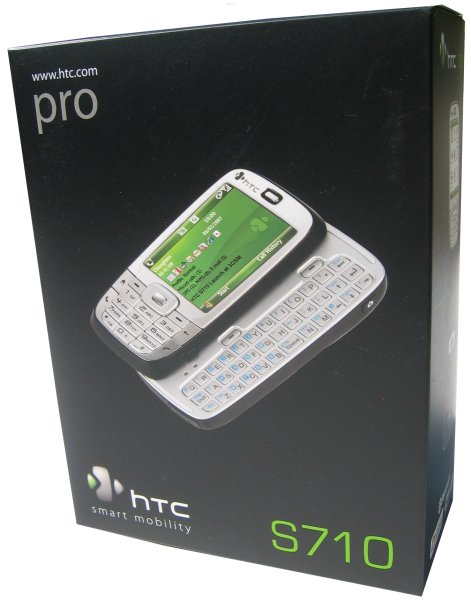 In the box you can find the following items: Accessories 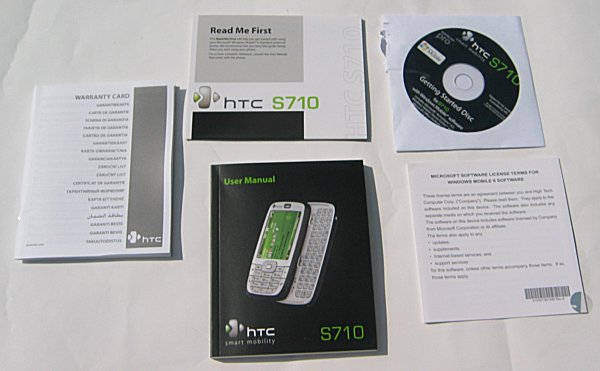 The user manual, read me first, warranty card, Windows Mobile 6 license and CD-ROM with some software. 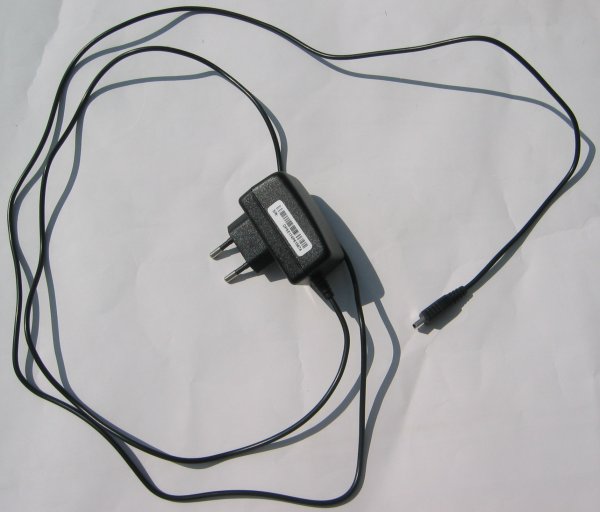 The AC adapter. I forgot to take a picture of the USB sync cable but it looks pretty similar to this cable, just imagine that it has a black USB connector instead of a power adapter :) 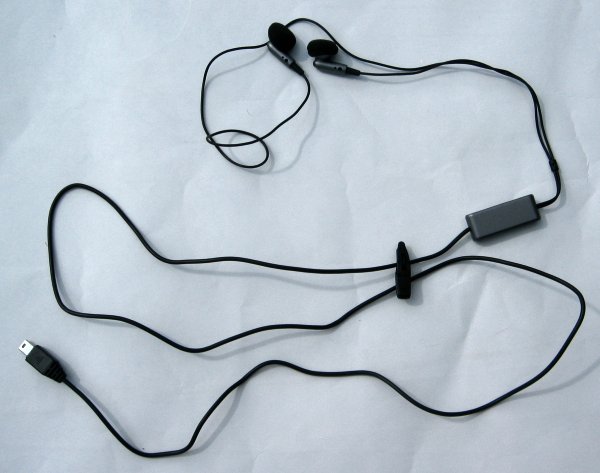 This is the wired headset that ships with the HTC S710 phone. You can use it to call or to listen to MP3s stored on your phone. The plastic grey thingie features a volume control slider and a button which has three functions: you can use it to pick up a call, to put a call on hold or to end a call when you press and hold it.

The sound quality of the wired headset is OK. I tested it by listening to a few MP3s and while the quality isn't top-notch it's definitely better than I expected.

Lets take a look at the specifications of this phone: