Memory maker OCZ added two new flash drives to their lineup last month; the ATV and ATV Turbo. Both drives are designed to keep your data safe even under the most extreme conditions. The rugged ATV Turbo has a rubber waterproof housing and should be pretty fast too.

Over the past year I've already taken a look at two flash drives from OCZ, the Roadster and VBoost. Both drives had a pretty cool design but unfortunately, they were pretty slow. The specifications of the ATV Turbo indicate speed shouldn't be a problem with this new product. OCZ lists read speeds of 33-35MB/s and write speeds of 26-30MB/s. If the drive really scores that well in our performance tests it may be one of the fastest flash sticks on the market.

I got a 4GB version but the drive should also become available in 2GB and 8GB capacities according to OCZ. Here's a look at the nice retail packaging: 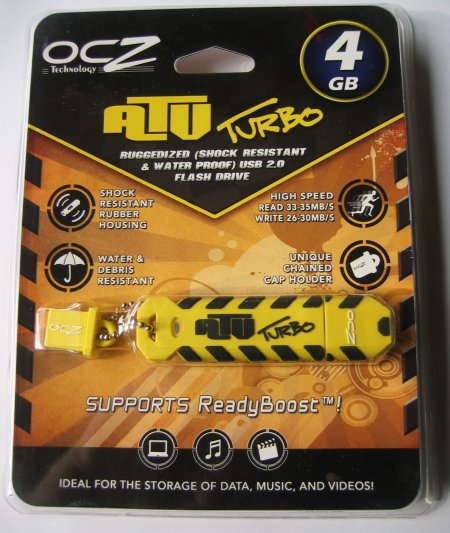 Specifications: And here's a first look at the OCZ ATV Turbo. The drive's housing is made out of yellow rubber with black stripes. The design of the drive looks a lot like the yellow warning tape used by construction firms. 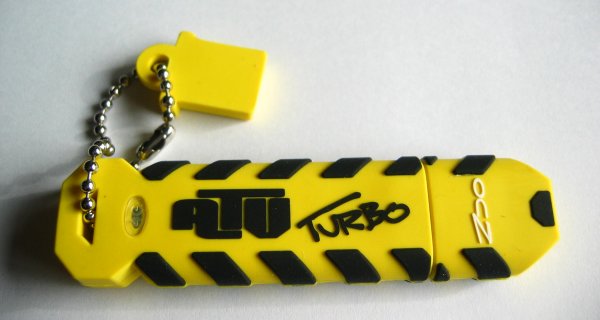 The back of the drive looks similar but instead of a logo it features OCZ's web address. 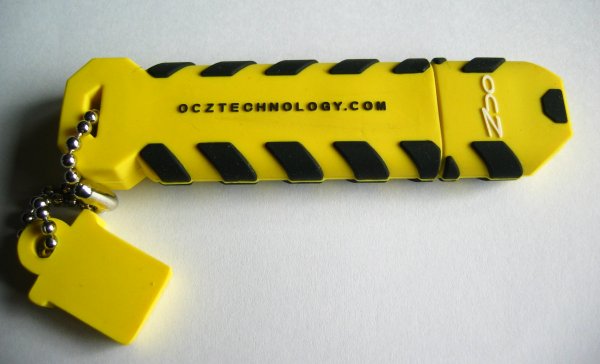 As the housing of the drive is made out of rubber the OCZ ATV Turbo feels kinda special. 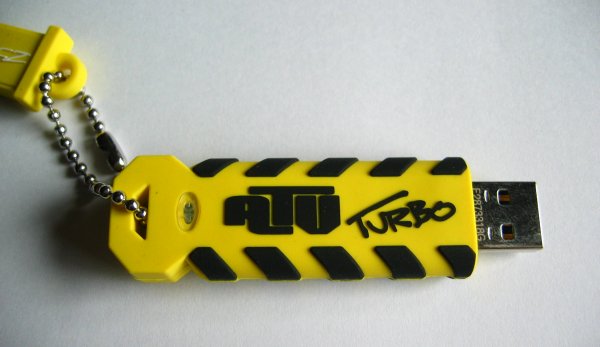 The drive doesn't have a capless design but features a chained cap holder. The cap holder is pretty unique but it isn't really properly attached to the rest of the drive. I think the chain or the rubber ring will easily break if you apply a bit too much force on it.