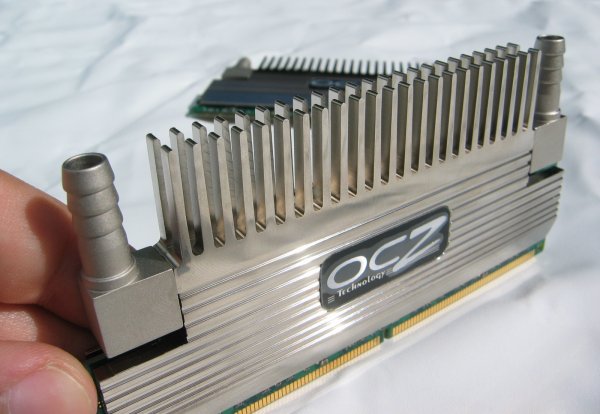 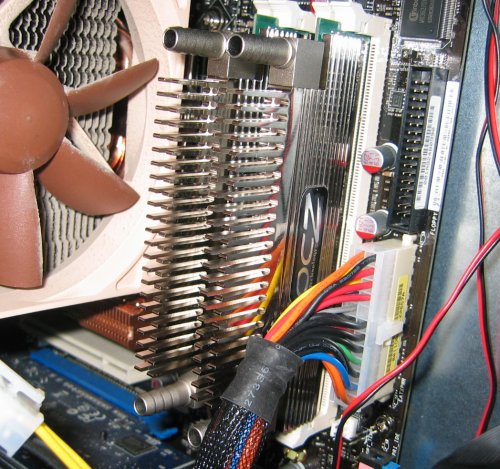 Overclocking and benchmarking
The looks of the OCZ Flex XLC are pretty good but what interests us the most is the performance of course. The first thing I tried was the advertised timings - I booted the test system with the memory at 800MHz with 3-4-4-15 timings at 2.1V and started running some benchmarks.

Once I had gathered all benchmark results at stock speeds I decided to see how low I could get the timings at 800MHz with a voltage of 2.4V. Some people managed to get this memory running at 3-3-3-12 but my modules weren't capable of this. The best I could do was 3-4-3-12 - I couldn't get the system to boot with the TRCD at 3.

The next test was to see how far I could overclock the memory with the advertised 3-4-4-15 timings and 2.4V. I stranded at 888MHz which isn't really bad, it's an overclock of 11%. It was possible to boot the system at higher frequencies but then it wouldn't pass a Prime95 test anymore.

I then also tested how far the memory could go at 4-4-4-15 and 5-5-5-15 timings. With 4-4-4-15 timings and 2.4V the memory achieved a maximum stable frequency of 972MHz. The last test was to see how far it would scale with loose 5-5-5-15 timings and the best it could do was 1050MHz. Much higher than that wasn't possible without Prime95 spitting out error messages. Some users report much higher overclocks but each memory module is different of course.

In most tests, there's indeed a noticeable difference, in all but two tests the CL3 timing was slightly faster than CL4. If you can't choose between the CL3 and CL4 versions of this memory kit it's probably best to go for the CL3 version as that one may offer more overclocking potential and costs only a few bucks more at some big e-tailers like NewEgg.

And here's the floating-point bandwidth:

PCWizard 2007 Memory Latency
This program was used to check the latency of each memory setting. The results are in nanoseconds so lower is better:

SuperPI
This little program was used to check how fast the test system could calculate two million digits of PI. Lower is better as the results are in seconds: