With the launch of the Intel P35 and X38 chipsets DDR3 memory is starting to conquer the market. This new memory has certain advantages over DDR2 memory but so far it's not really worth your money yet as high-performance DDR2 memory is a lot cheaper and offers much more bang per buck.

Eventually DDR3 memory will take over the memory market but it will still take a while before DDR3 memory adoption will rise - the price will have to go down first. One of the memory series you might want to consider if you're going to buy a high-performance memory kit today is OCZ's Flex XLC. In this review, I'm taking a look at the 800MHz version which runs at CL3 timings.


The memory modules arrive in a plastic blister package - one of the things you immediately notice is that the FlexXLC modules are much bigger than regular DDR2 modules. 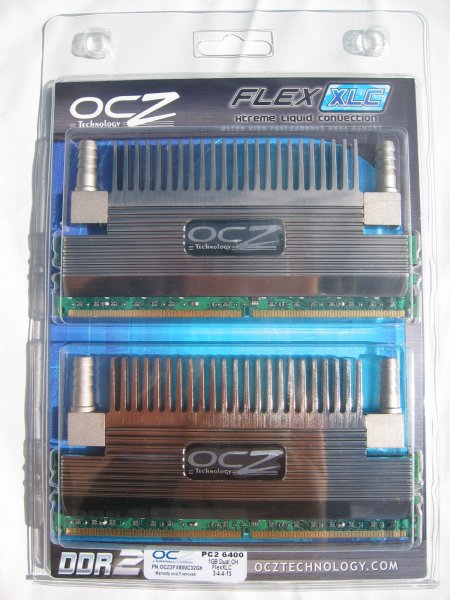 Before we take a closer look at the memory here's a look at the specifications of the PC2-6400 CL3 FlexXLC memory kit: Inside the plastic blister package are two memory modules. The cooling solution is pretty big and I was a bit surprised by the appearance of the modules - they are very pretty and have a mirror-like finish. 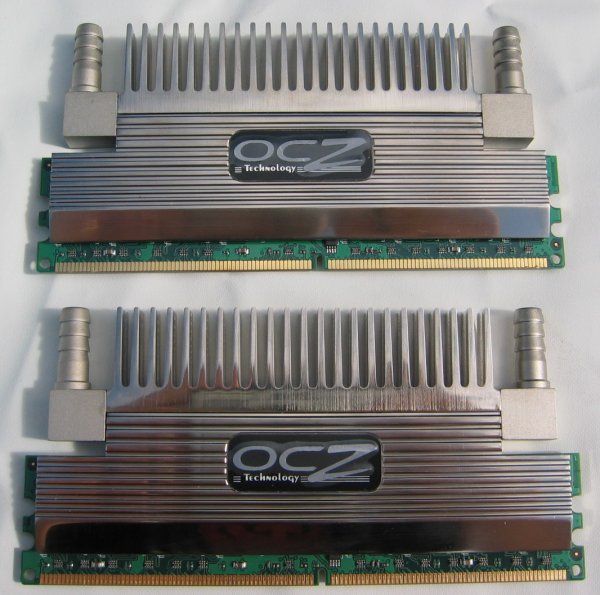 All Flex XLC memory modules have a special cooling system that uses a heatspreader, a fin array and a copper liquid injection system to keep the modules cool. Unfortunately the liquid cooling system doesn't cool the DRAM chips directly but I believe that wouldn't be practical because in order to do this the cooling system would have to be much thicker and that could cause problems if you want to install more memory in your system.

This diagram shows how the Flex XLC cooler works. The cooling system is completely functional without liquid cooling but with some water running through the copper liquid injection system you should be able to get the memory down to much lower temperatures. 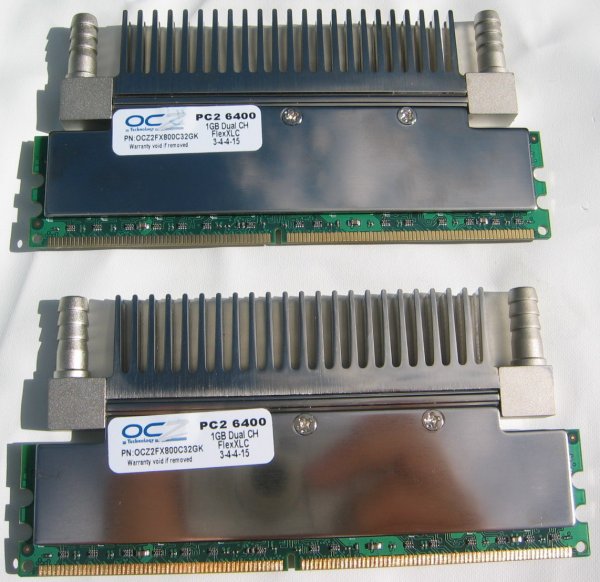 On this photo you can clearly see the mirror-like finish of the heatspreaders. 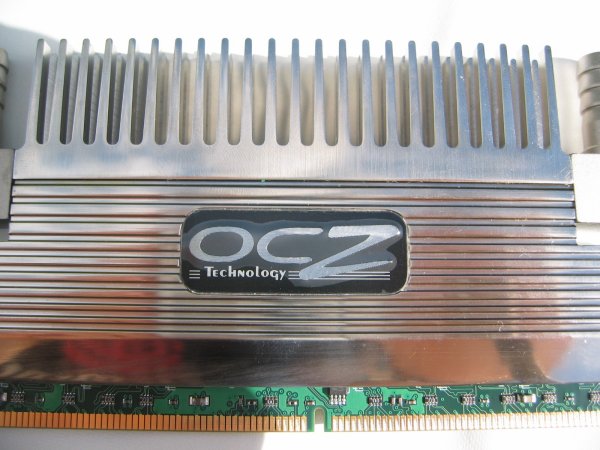 The middle of each module features a OCZ logo and on this picture you can also see the cooling fins. 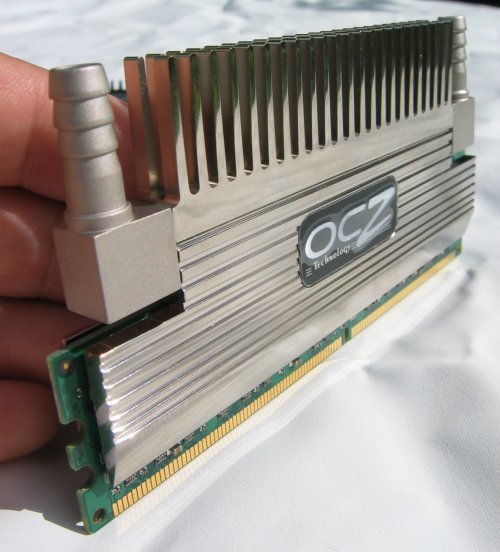 Each of the modules features 1/4" barbs - that's smaller than the tubes used by most computer watercooling systems so you may need to get some adaptors if you plan on watercooling your OCZ Flex XLC memory kit. 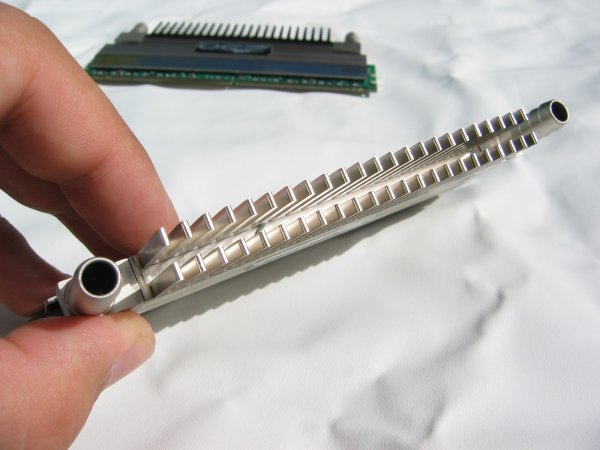 To get an impression of how big the Flex XLC cooling system really is I took a picture of the OCZ module right next to a module from Super Talent that features a more conventional heatspreader. The large size of the FlexXLC cooling system may cause problems with some large aftermarket processor coolers so check if there's enough room before you buy these modules. 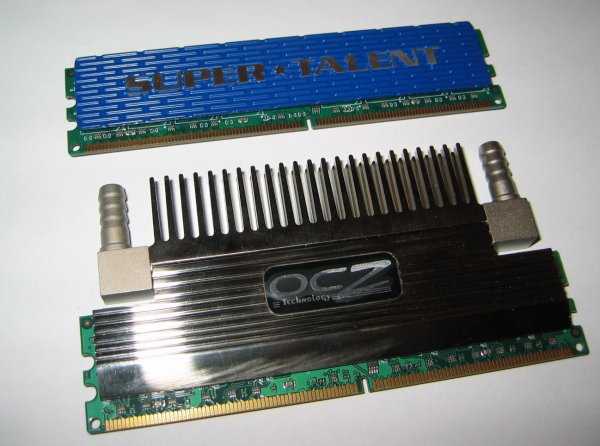