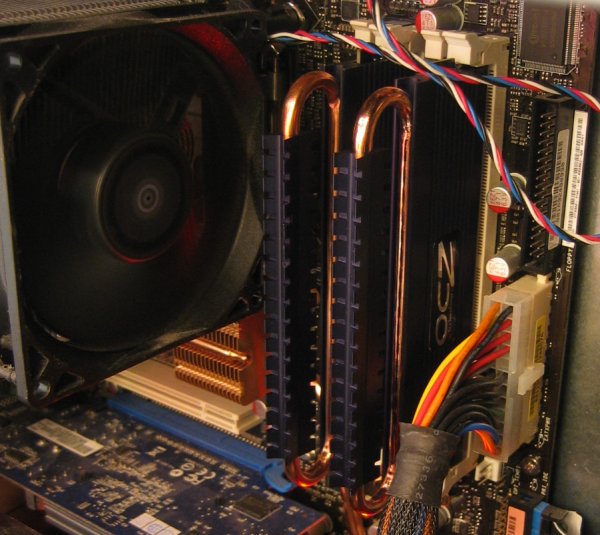 Test system: Overclocking and benchmarking
After installing the modules the first thing I tried was the advertised frequency of 1150MHz with 5-5-5-18 timings, this worked great at 2.3V so I did some further tests. You can spend many days and nights on testing memory but for this review, I decided to focus on two things: the lowest timings I could get at 800MHz and the highest frequency these modules can achieve at 5-5-5-18.

After lots of testing, I discovered the lowest stable timings at 800MHz were 3-3-3-8, which is very good. At the advertised 5-5-5-18 timings I could achieve a maximum clockspeed of 1188MHz at 2.4V. That's about 38MHz more than the advertised clockspeed, booting was possible at even higher frequencies but the system wouldn't run stable. Your mileage may vary though, I've seen that some people managed to squeeze more than 1250MHz out of these modules!

For the benchmarks I tested the performance of the OCZ Reaper HPC at the stock settings, 800MHz with 3-3-3-8 timings and 1188MHz with 5-5-5-18 timings. Unfortunately, I didn't have any other 1150MHz memory modules in my test lab so I decided to compare the modules to the OCZ FlexXLC 800MHz modules (overclocked to 1050MHz) and the Super Talent T1000UX2G5 1000MHz memory modules. During all the tests I noticed the cooling system kept the modules at a comfortable temperature, they never got baking hot.

And the floating point performance. With a 383MHz FSB these modules gave us a bandwidth of well over 7600MB/s.

PCWizard 2007 Memory Latency
This program was used to measure the memory latency, the results are in nanoseconds:

SuperPI
This benchmark checks how fast your system can calculate x digits of Pi. For these tests I let the system calculate two million digits of Pi. The results are in seconds so lower is better.