Hello everyone, today we're proud to bring you the world-first review of a superb new product! The Performance 3D Card Tapezoid from UnoAbril. UnoAbril is an Italian firm, and they gave us the opportunity to be the very first people on earth to do a review about their new and very innovative product!

They realized that almost every new 3D card produces way too much heat, and thought about a solution for this problem. No, they didn't re-invent the fan, but they discovered a whole new thing! They found a special material, which I'm not allowed to call by name because it's still top secret, that has a few very interesting possibilities! But first, they didn't really found a good way to put it on a graphic card, they tried almost everything! A liquid was too hard and also too dangerous to apply, so they stumbled upon tape! Yes, tape. But this ain't normal tape, they put in their special ingredient which gives this tape a flashy pink 'heat absorbing' color! 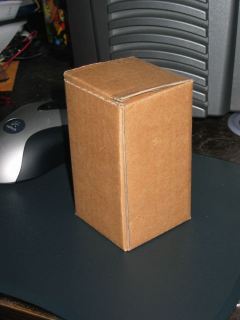 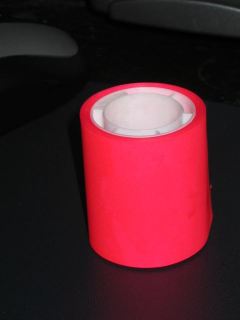 The tape came in this brown box, a nice retail package will come soon they told me. The Performance 3D Card Tapezoid is on a white plastic roll and there's enough on it for a whole year of usage! First I'll tell you how to use it and second we'll perform some benchmarks and overclocking to see what it really does!

UnoAbril claims that their product 'absorbs' the heat from your GPU to lower the temperatures of your 3D Card, and that's not everything! It uses the absorbed heat to add a special matter to the 3D Card -- which is in the tape. The tape converts the heat generated by your 3D Card into energy to unload their special matter out of the tape, this improves the speed of your video card's RAM memory greatly without any form of overclocking. They claim that with this product your card should have better performance AND lower temperatures, and it's 100% safe! Even extreme overclocking should be no problem with the tapezoid.

The installation is very easy. Turn off your pc, cut off some small pieces of the Performance tape, and place them on the back of your 3D card as I did in the photo. Also please notice: ONLY try this with their Performance 3D Card Tapezoid, DO NOT try this with other kinds of tape! The tape only lasts for a week, so how do you know when you need to change it? UnoAbril found an easy solution for this ; The pink color changes into orange when you need to change it. 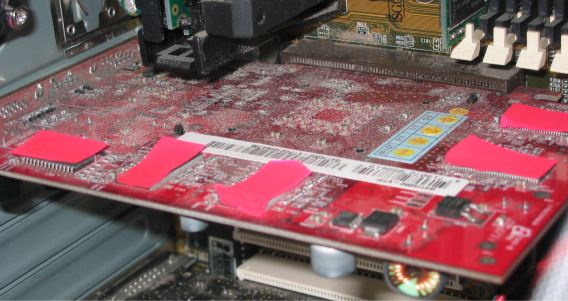 After this I booted my PC and performed some benchmarks and compared the temperatures. All the tests were done on a GeForce 4 Ti4200 with 128MB Ram from MSI. 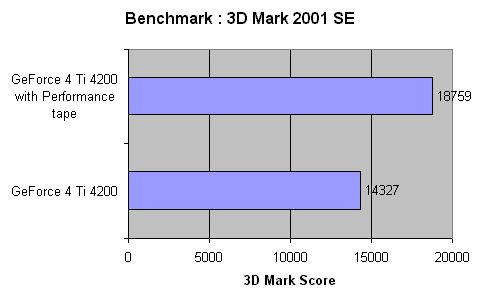 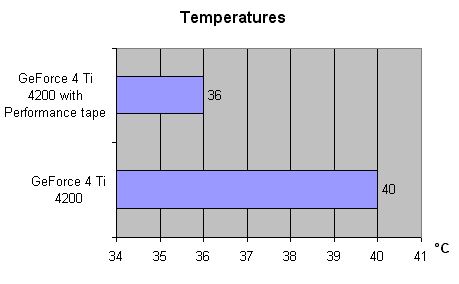 Normally the temperature of my card is about 40°C. After applying the tapezoid I could notice a temperature drop of 4°C! This product is really a lot better than all the memory heatsinks for 3D Cards!

The incredible cooling tape. It not only slices dices dose your laundry cleans your house but it also cooles your video card.:-)