Are you looking to buy a new heatsink, but not willing to give $40-$50 for a high performance heatsink? Well today we are going to take a look at a cheaper aluminum heatsink with a copper core from Spire, the QuieTude IV for Pentium 4 systems. Check out this review to see how it performs. 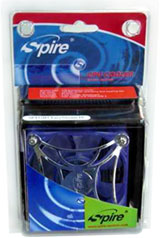 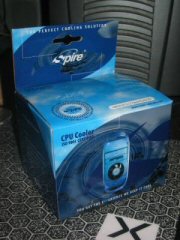 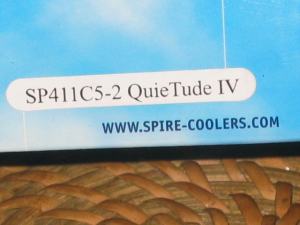 On the left you can see the retail box of this cooler. The other two pictures are of the box in which I received the QuieTude IV cooler from Spire. 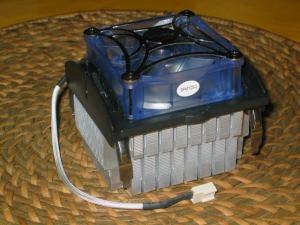 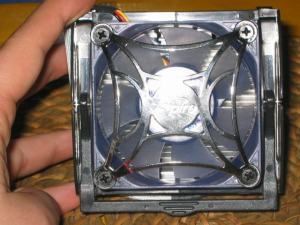 Here is a look at the HSF itself. A big aluminum heatsink, with a translucent blue fan on top. It's nice that they gave the fan a cool designed fan grill.

Here are the specifications of this heatsink: 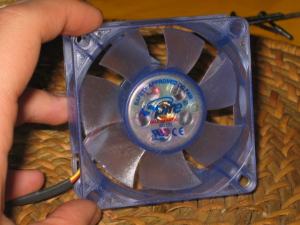 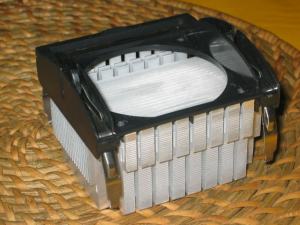 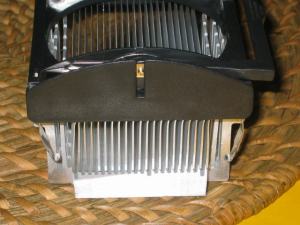 The fan has a 3-pin connector which allows you to monitor the RPM speed. Also nice is that Spire has nicely sleeved this 3-pin wire. The retention system that Spire uses for this heatsink is a very easy system, much much better than clips. All you need to do to secure this heatsink is to move the black lever from the one to the other side so that the metal clamps slide into the retention system of your motherboard. Very easy, and not a pain in the ass. 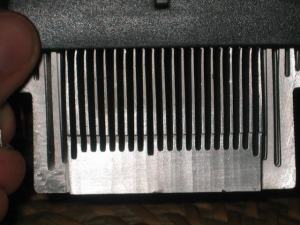 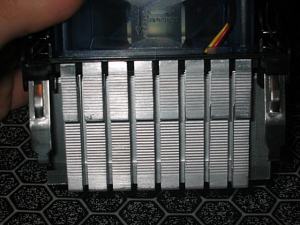 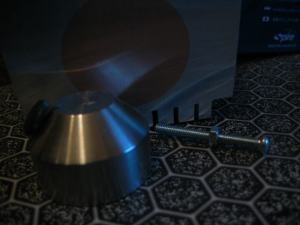 The QuieTuve IV is made out of aluminum, and in these pics you can see his aluminum fins. The heatsink has a copper base in order to improve the heat conductivity from the CPU to the other parts of the heatsink. This design is normally better than a complete aluminum design, but worse than a full copper design, which is also more expensive to produce.

The QuieTude IV comes with a pre-applied thermal compound, which I have removed because I always use Arctic Ceramique to test CPU coolers. The third picture shows you the bottom. A mirror-like lapped base is always the best. How smaller the microscopic holes between the CPU and the heatsink how better the heat transfer will be. The base of the QuieTude IV was a bit reflective, but not as much as I have seen with the MCX159 Northbridge cooler from Swiftech. So there is still some room for improvement on this point. 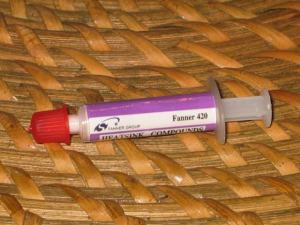 Also included in the box is a sample of Spire his own thermal compound. 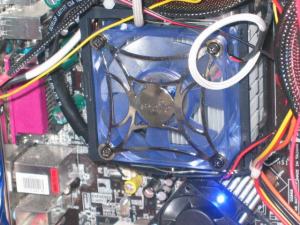 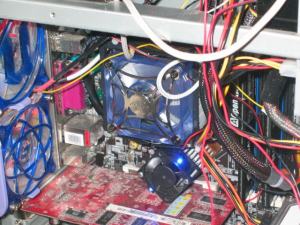 The installation of this heatsink is not hard. Use the pre-applied thermal compound, or remove this and use another thermal compound like the Arctic Ceramique that I used. Then align the heatsink with the Pentium 4 retention system on your motherboard and flip the black lever to the other side. Then plug in the 3-pin fan connector and the installation is done!

A few small remarks about the testing procedure:
Stock/OC: First are the results with CPU on standard speed, 2.80GHz. Then we overclock the cpu to 3.30GHz by increasing the FSB from 200MHz to 236MHz. The CPU voltage was raised from 1.525V to 1.575V.
Idle/load: Idle conditions are measured after 15min idle in winXP after bootup, and load temperatures after 20min stress. With stress we mean Prime95 torture test along with Folding@home and a few normal applications.
Used thermal compound: Artic Ceramique.

Here are the test results. I have compared the Spire QuieTude IV against the Stock Intel cooler and the Spire CopperStream heatsink which was tested a few months ago. 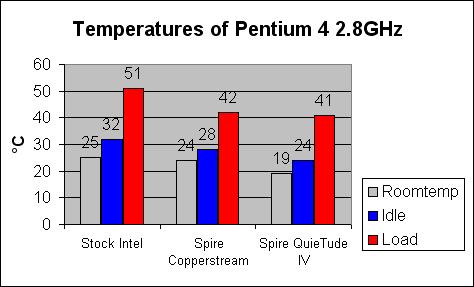 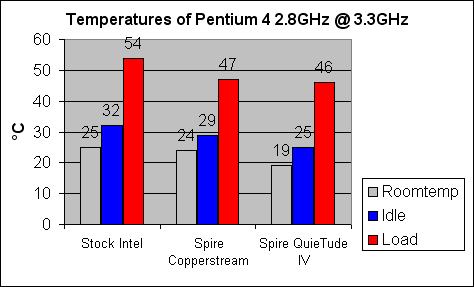 The performance of this heatsink appears to be pretty good considering its low price. If you take a look at the above graphs then please note the big difference in room temperature. This has influenced the test results of course. If you interpret these results with the rise above the room temperature then the winner is the Spire CopperStream, followed by the QuieTude IV and the Stock Intel Cooler. The reason why the QuieTude IV scores better than the stock Intel cooler is because of the better heatsink design with the copper core, and because of a better fan. The full copper design of the CopperStream is still better than the Alu/Copper hybrid QuieTude IV that's why the CopperStream scores better.

The name "QuieTude IV" is a bit of a riddle, because it is not really that quiet. But I suppose they called it QuieTude IV because the previous two QuieTudes also have a copper base like the IV. The first QuieTudes were more silent though.

Overall this is a good budget cooler for Pentium 4 users who do not plan to do extreme overclocking.
Price is $19.95 over at 3D Cool.


The Bad stuff, things that could be better
- Base could use some more lapping
- Relatively noisy.