Since case modding started to become popular a few years ago the market has been flooded with all kinds of fan controllers. In this review, we will take a closer look at the Vantec NXP-201 fan controller and we'll also have a very quick look at Vantec's Tornado and ThermoFlow fans.

Here's a photo of the box in which the Vantec NXP-201 ships and also a quick look at the device: 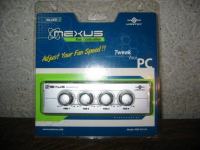 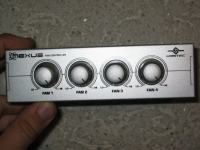 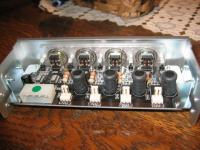 Features and Specifications of the NXP-201:


I noticed there was a commend at the bottom of your review about NXP-201. A complaint about the buzzing from NXP-201. After discussed with our technical personnel, they conclude it should be RMA. So please are you able to contact Anonymous to asked him to return it to Vantec reseller and they will replace for the new one.

I have looked into this issue and for me it is barely noticeable. I can't hear it when I'm sitting in front of my computer.

When I get closer I can hear a buzz but this occurs only when I adjust the knob to about 3/4th. At minimum and maximum fan speed I can't hear any sound coming from my sample of the NXP-201.

Anyway shortly I'll add a small piece to the review regarding the PWM technology to warn potential buyers about this issue.

Comment #3 posted by Anonymous on 2004-10-31 14:05:08
I'm suprised you didn't mention the PWM technology that the NXP-201 is built on, or the buzzing sound that is its inherent downside. I purchase one of these a few days ago and I couldn't be more disappointed with it - it shall be RMA`d. You may have been lucky and received a unit that didn't buzz as much.