Here's a photo of the die of Intel's upcoming 45nm Penryn processor. The photo shows a dual-core Penryn, a quad-core model features two of these.

Click on the photo to see a larger version: 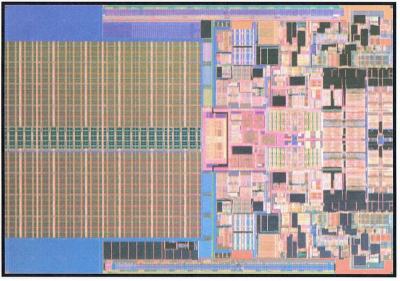 Availability of these processors is expected in the second half of this year and somewhere in 2008 we'll already see Penryn's successor which is codenamed Nehalem.

Here are some more photos of the 45nm 300mm wafer Intel presented: 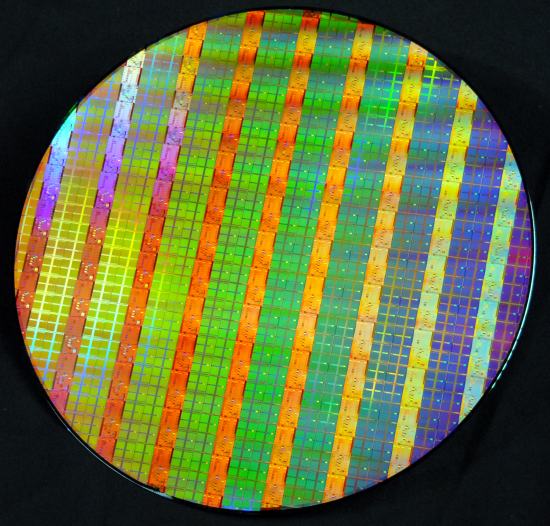 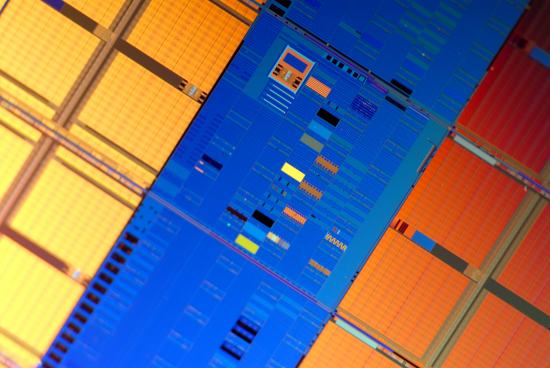 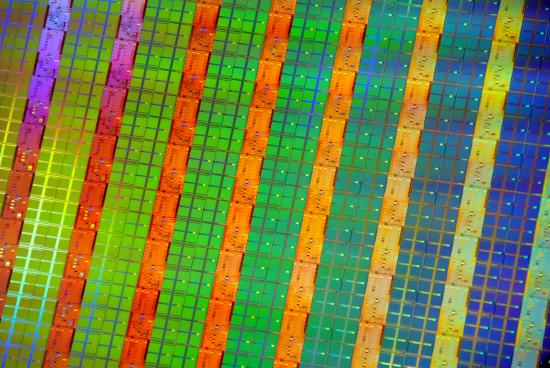 The above photos show close-ups of a 300mm silicon test wafer made using Intel's leading 45nm process technology and consisting of rows and rows of memory chips and various test structures. The dimension of 45nm is extremely small. For example, you could fit more than 30,000 45nm transistors onto the head of a pin, which measures approximately 1.5 million nm.