Posted on Thursday, Jun 16 2016 @ 15:27 CEST by Thomas De Maesschalck
TechPowerUp blows the lid on a new cheating scandal in the graphics card market. The website claims MSI and ASUS have been sending out review samples of video cards that run at higher clockspeeds than the retail versions.

On the MSI GeForce GTX 1080 Gaming X for instance, MSI enables the "OC Mode" by default on the review sample, whereas "Gaming Mode" is the default profile of the retail card. Consumers can access the same high clock speed profile, too, but only after they install a special tool and enable that profile:

The "OC Mode" is just there so consumers can overclock it a little further at the push of a button, without having any knowledge of overclocking. 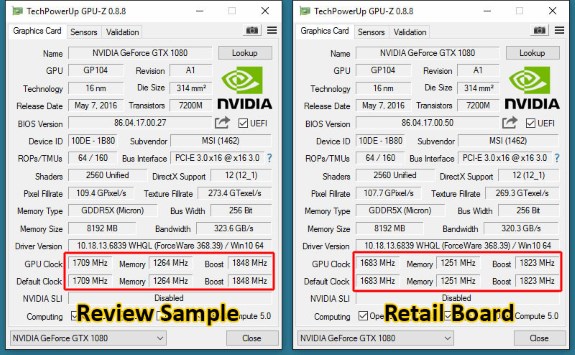 The website speculates vendors are doing this because reviewers typically don't install any software bundled with the video card. By forcing the reviewer to use the OC Mode, a higher score is reached in benchmark results. While the difference is not huge, this can give the vendor a slight edge in comparison reviews versus cards from competitors that don't use these tricks.

So how long has this been going on? TechPowerUp investigated the issue and was shocked it's been going on for years in MSI's case:

With the case of the GTX 1080 at hand, we started looking back at our previous reviews and were shocked to realize that this practice has been going on for years in MSI's case. It looks like ASUS has just started with it, probably because their competitor does it, too, "so it must be ok." 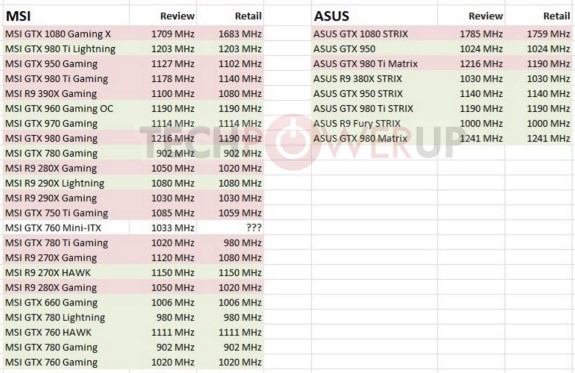