Since the widely-acclaimed launch of Trident Z RGB memory series in December 2016, G.SKILL focused heavily on bringing high performance DDR4 16GB RGB modules to the Intel X99 platform. Now, the Trident Z RGB is available in full sets of 8 modules for a total of 64GB (8GBx8) or 128GB (16GBx8) capacity, along with lighting control software support for the Intel X99 platform from most major motherboard vendors. To commemorate the addition of X99 support, a new Trident Z RGB trailer is available to show the vivid full-range RGB lighting effect. 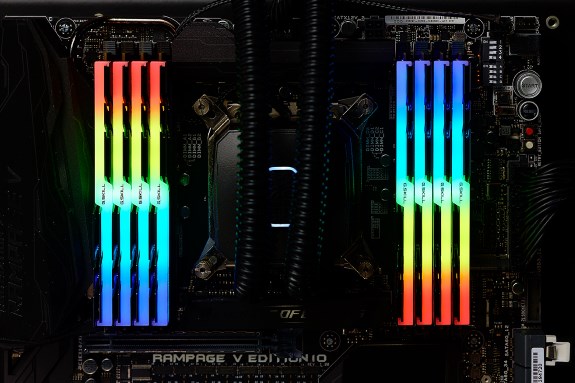