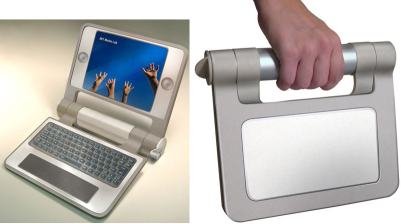 Negroponte, who laid out his original proposal at the World Economic Forum in Davos, Switzerland, in January, said MIT and his nonprofit group, called One Laptop Per Child, is in discussions with five countries--Brazil, China, Thailand, Egypt and South Africa--to distribute up to 15 million test systems to children.

Negroponte says it's project is aimed at making education better. The system has a 500MHz processor, 1GB of memory and a dual-mode 12-inch display that can be used in full-color mode or in a black&white sunlight-readable mode.

The laptop is powered by either conventional electric current, batteries or by a windup crank. The notebooks also feature Wi-Fi connectvity, are cell phone enabled and feature four USB ports along with built-in mesh networking to share a single Internet connection. Find out more over at news.com.