This is an exclusive look at the worlds top performing mSATA SSD! Our feature picture depicts the new Samsung PM800 mSATA 128GB SSD as it sits on top of our new Samsung 9 Series laptop. A few months ago, we reviewed the Samsung 470 Series 256GB SSD and were the first to identify it as a top tier SSD. The results and review did so well that Samsung as well as other review sites hadn't a clue. A flurry of 470 reviews followed and we think history is about to repeat itself.

As with the Samsung 470 Series SSD, we once again find ourself evaluating a solid state drive that has been out for a few months. Although it is new to the Samsung Series 9 laptop we just purchased, a quick internet shows that it started appearing in Dell laptops in January. We dug as deep as we could and couldn't find a review anywhere on the internet that spoke of the PM800 so we decided to rip the back off of our Series 9, remove the drive, and test it. 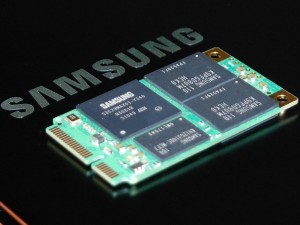