It is no secret that the popularity of mSATA SSDs is being pushed around just a bit by M.2 PCIe design. M.2 SSDs may even tempt us with a great deal more power for the punch and capacity down the road. What M.2 doesn’t have, as of yet, is just about every popular ultra book in the world in their pocket and that is where mSATA SSDs feel secure. It is kind of like the SATA 2 to SATA 3 move made in SSDs where, as much as SATA 3 is faster and makes sense, 99.8% of the population uses SATA 2. You can imagine that we were more than a bit surprised when our expected receipt of a 512GB Toshiba Client notebook SSD not only included a 256GB mSATA form factor as well, but also, we think this is the first official shot of their new Client M.2 PCIe SSD in the wild; it being 512GB as well. Although we are not to sure about placement of the notebook SSD variation article, we can guarantee that the M.2 SSD will be fully reviewed soon enough on our sister site, The SSD Review We are off on a flight half way around the world early tomorrow am and returning Friday so expect the M.2 posting on TSSDR early next week. 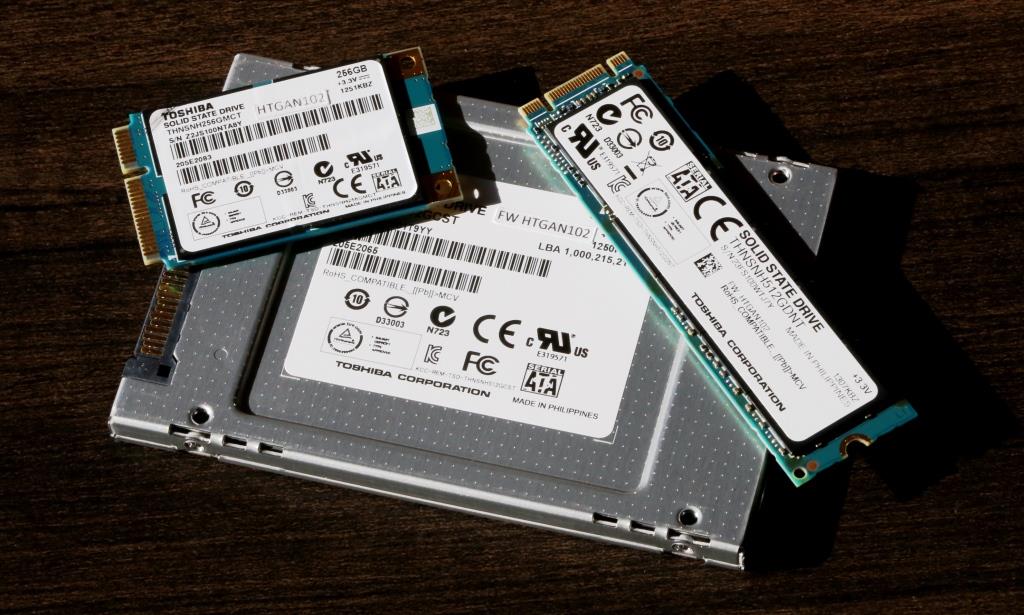