Mario & Sonic at the Olympic Games for Nintendo Wii review

Last month Sega released the first game in which their popular Sonic The Hedgehog meets Nintendo's Super Mario. Yes, you read this right. For the first time ever Mario and Sonic meet up in a video game, who would have thought this would ever happen.

Mario & Sonic at the Olympic Games is a new Wii game inspired by the upcoming 2008 Olympic Games in Beijing, it features sixteen characters from the Sonic and Mario games and features lots of sports events.

Mario & Sonic at the Olympic Games is one of the thirteen in a dozen minigames for the Nintendo Wii console. This genre isn't really popular among the more seasoned gamers and athletics games weren't really appealing in the past as they offered little more than button mashing, button mashing, and even more button mashing.

Fortunately, the Wii allows game developers to be a bit more creative and add a bit more realism to the game like most of you who will be reading this already experienced while playing Wii sports. This game takes full advantage of the remote and Nunchuck and just like Wii Sports it may help you to keep in shape as you'll have to perform a lot of movements.

The game features sixteen characters from the Mario and Sonic games. Each of the characters has its own advantages and disadvantages, there are power types, all-around types, speed types, and skill types. All characters have their own stats, Sonic for instance is very good at speed while Wario is more powerful but slower. 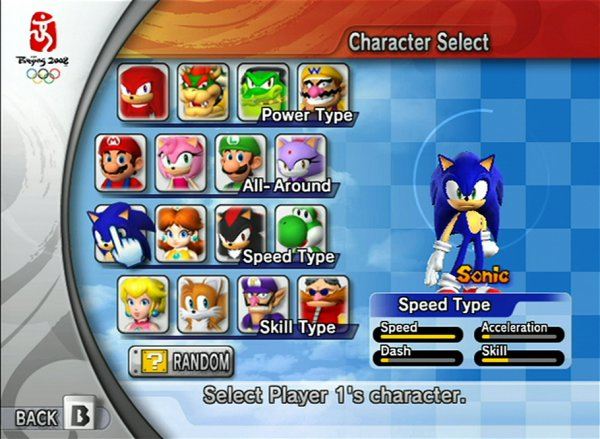 If none of these characters appeal to you it's also possible to import your Mii character, in this game they even have arms.

The game features various modes like single match, circuit mode, mission mode and the gallery. The single match allows you to play one of the Olympic events and in the mission mode you have to do very specific tasks. There are several missions for each of the sixteen characters; this ranges from scoring a world record in one of the events to stuff like throwing the hammer exactly 50 to 55 meters away. It's nice to keep you busy but this game mode didn't really appeal to me.

The gallery on the other hand tries to be a bit more educational, it allows you to learn some facts about the Olympic Games and features a trivia and some extra minigames like whack a mole. 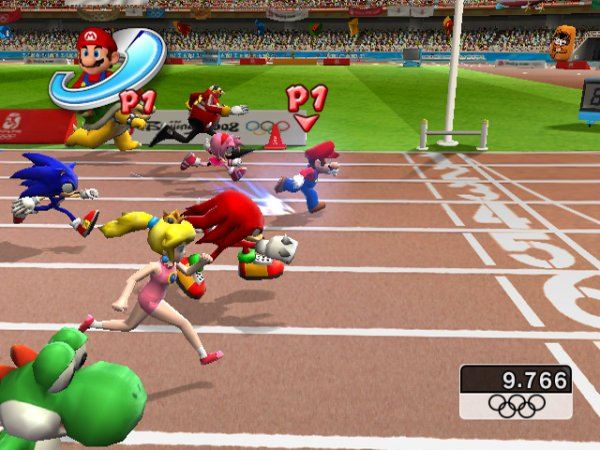 The most important game mode is the circuit mode, in this mode you need to play several Olympic events and try to score gold, silver or bronze. Initially, only a couple of events will be playable but as you advance through the game several new events like archery, rowing, and high jump will gradually become available.

There are even a couple of dream events, these events swap reality for a bit more fantasy. Some of them are pretty fun, Dream Race for instance allows you to run on a track and features several powerups which can be used to boost your speed or tamper with your opponents. It's not as advanced as Mario Kart but it's pretty fun. 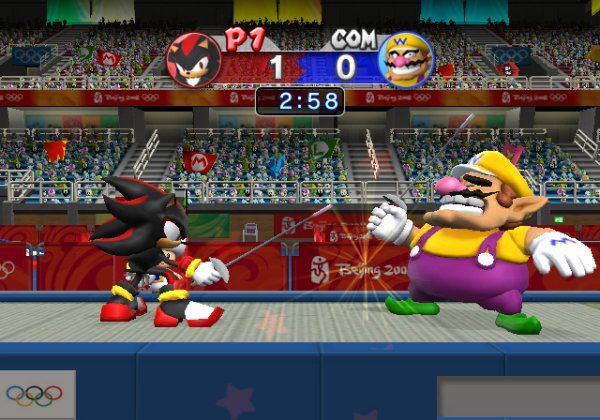 Most of the events don't take a lot of time and are a lot more shallow than the games from Wii Sports. You won't spend a lot of time with each of the individual events, most of them only take 1 to 3 minutes. Only table tennis is a bit of an exception, this game can take some more time if you're good at it. 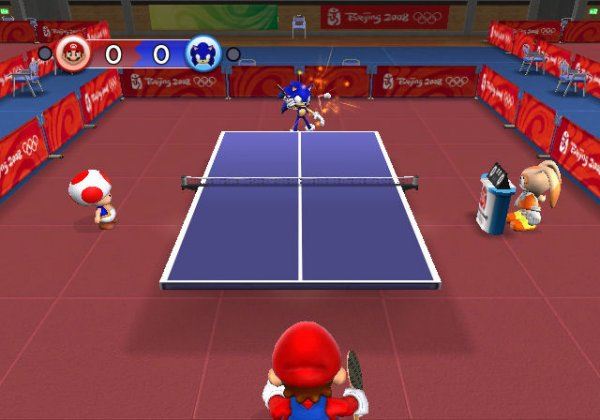 Gameplay - 7/10
It's hit or miss, some of the games offer lots of fun but others could use some work. Skeet shooting for instance is quite hard and some events like fencing offer very little depth. It's possible to play together with your friends but unfortunately, there's no real online multiplayer mode. The game can connect to the Internet but only to upload and compare the scores you achieved in the Olympic events.

Graphics - 7/10
The game looks alright but it's nothing to get excited about. 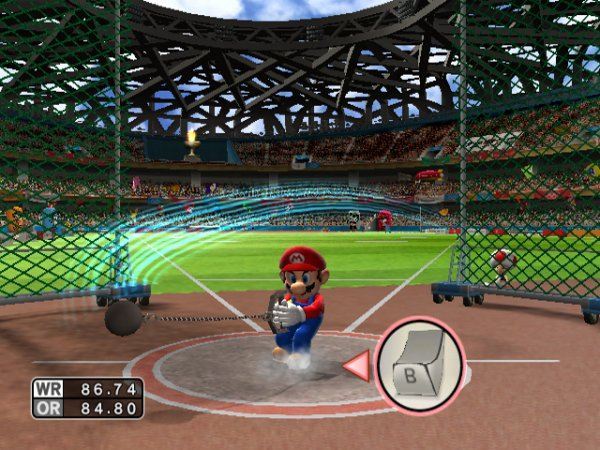 Audio - 5/10
The audio isn't too bad the first fifteen minutes you're playing this game but after a while, you'll notice that all of the characters only know a couple of sentences. There's just way too much repetition, it's pretty annoying to hear Sonic's catchphrase "It's all about speed!" for the fifth time in a half-hour when you've just won another circuit. 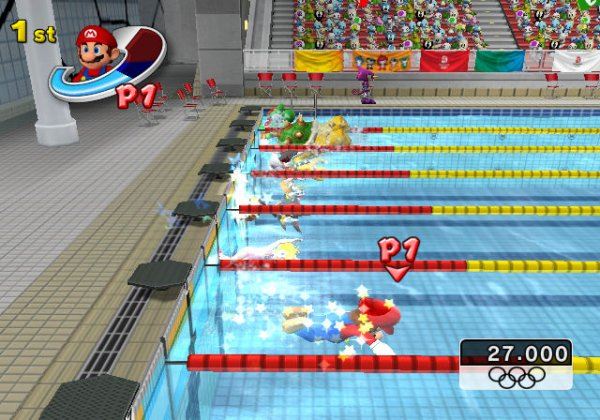 Value - 7/10
It's not the best Wii game ever but if you invite a couple of friends you'll notice that this game can offer lots of fun. This game can be played by all members of your family and should offer lots of laughs and giggles.

Total - 65%
The first Sonic/Mario crossover game can offer a lot of fun to all members of the family but it's not what the fans have been hoping for. Other than for marketing purposes I don't really see why Sega put Mario and Sonic in this game as there's no real interaction between the two stars. Let's hope Super Smash Bros Brawl will be more exciting.