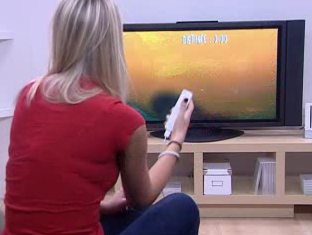 First we heard gaming can improve your vision by up to 20%, then we heard that girls who play games have more sex and today we heard that gamers make better surgeons.

There was a strong correlation between video game skills and a surgeon's capabilities performing laparoscopic surgery in the study published Monday in the February issue of Archives of Surgery.

Laparoscopy and related surgeries involve manipulating instruments through a small incision or body opening where the surgeon's movements are guided by watching a television screen.

Video game skills translated into higher scores on a day-and-half-long surgical skills test, and the correlation was much higher than the surgeon's length of training or prior experience in laparoscopic surgery, the study said.

Out of 33 surgeons from Beth Israel Medical Center in New York that participated in the study, the nine doctors who had at some point played video games at least three hours per week made 37 percent fewer errors, performed 27 percent faster, and scored 42 percent better in the test of surgical skills than the 15 surgeons who had never played video games before.