Microsoft on Wednesday is taking the wraps off "Milan," five years in the making and the first in what the company hopes will be a long line of "surface computers." The Microsoft Surface tabletop PC, for which the company has created both the hardware and software, offers shades of the technology seen in the sci-fi thriller Minority Report. The whole unit is controlled entirely through touch; there's no mouse or keyboard.

To paint, people can pick up a paint brush or just dip their fingers in virtual paint cups. Sharing photos is similarly intuitive. A stack of pictures can be easily sorted through and shared. To resize a photo, just stretch two fingers apart. Pivot the fingers and the image rotates. More than one person can be interacting with the computer at a time.

Although consumers will be able to touch it later this year, most won't be able to buy a surface computer any time soon. 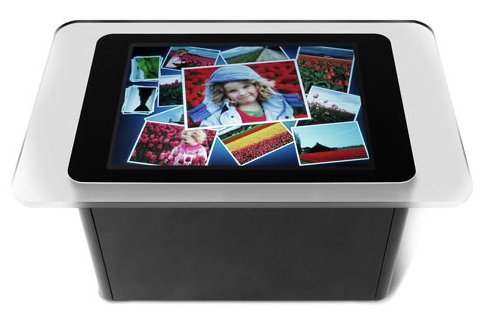