With all the news about NVIDIA's great GeForce 8800 GT and reviews of Intel's 45nm QX9650 popping up everywhere AMD/ATI felt a bit sad so the company did an effort to grab some headlines today by "leaking" a PDF file with lots of information about their upcoming graphics card and DirectX 10.1.

This is one of the features AMD will be hammering on. The new GeForce 8800 GT doesn't have DX10.1 support so AMD will do its best to convince everyone that DX10.1 is really a must-have feature.

The document also outlines some of the key features of Microsoft's upcoming DirectX 10.1 update which will add new shading and texturing capabilities, anti-aliasing improvements and tighter specifications.

Here's an overview of the new DX10.1 features: 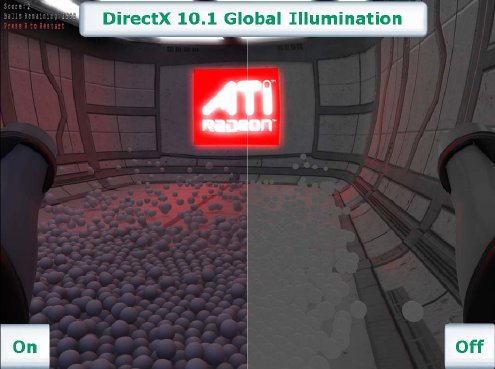