ASUS claims the motherboard's Cool Mempipe design will lower the temperature of memory modules by up to 10°C if you use watercooling:

Traditional thermal solutions for memory modules like memory heat spreaders can only dissipate the heat out from the modules, but this heat is still trapped within the system itself. The ASUS exclusive Cool Mempipe effectively transmits the heat generated by the memory chips to the heat sink near the back IO ports, where it can be carried away by existing airflows inside the system. This revolutionary memory heat pipe solution lowers the memory temperatures by up to 10°C in water cooling systems; and lowers by up to 5°C in air cooling systems – providing a more stable computing environment. A flexible design makes it easy to cater for single or double-side memory modules – with or without heat spreaders. 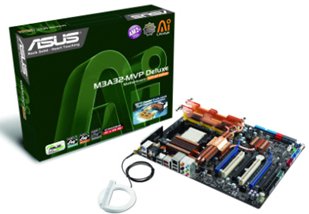