Posted on Wednesday, Dec 19 2007 @ 02:20 CET by Thomas De Maesschalck
Pictures were published on a Russian site of an upcoming GeForce 8800 GT graphics card from Zotac with a DisplayPort.

Zotac appears to be supplying a DisplayPort to DVI as well as a DisplayPort to HDMI adapter with the card to enable it to be used with current monitors or TV's. However, we'd be vary to use these adaptors, as you'll see from the pictures, since the DisplayPort connector is very small and a yank on the cable would most likely damage the connector on the card if used with the DVI adaptor. 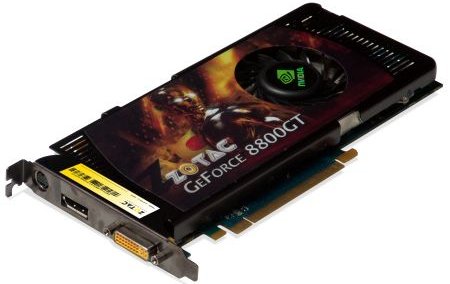