OCZ saw an exciting opportunity to enhance the gaming experience and take PC gameplay to new heights. The NIA is not a replacement for a mouse but rather a pioneering new peripheral designed to provide an immersive experience for gamers. The NIA is the first commercially available BCI (brain-computer interface) specifically for PC gamers.

“Advances in hardware and software allow today’s games to offer consumers an exceptional entertainment experience, and we wanted to take the next step by immersing gamers into these environments with the innovative new NIA,” stated Ryan Petersen, CEO of the OCZ Technology Group. “The NIA radically changes the ways that gamers can interact and control elements within games, and can be configured in a matter of minutes for any game that is already published or will be released.”

The commands are easily assigned with the NIA’s user-friendly software and are calibrated based on the individual’s physiology and personal preferences. Each of the Actuator’s signals can be assigned to a specific keystroke on the keyboard or a mouse button; consequentially, gamers can run, jump, and fire faster all without “lifting a finger.” Because the NIA converts EEG (electroencephalograph) signals into specified keystrokes, the device can be used with any software. Upon proper configuration, the NIA will allow users to control PC games without the use of a keyboard and minimal use of a mouse.

The final version of the NIA uses a sleek metal housing, a USB 2.0 interface, and streamlined headband with carbon “dry” interface sensors. Due to the anticipation surrounding the release of the NIA, OCZ will be demoing the mass production device and begin accepting orders at the CeBIT 2008 in Hannover, Germany. 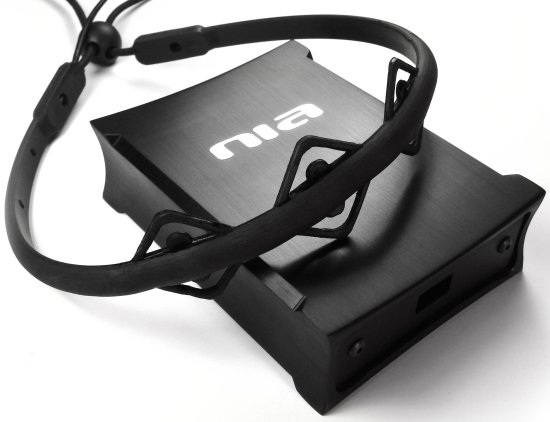