The next-generation AMD notebook platform also incorporates innovative power management technologies, including AMD Enhanced PowerNow!™ Technology and ATI PowerXpress™ Technology to maximize the efficient use of power for extended battery life. AMD Enhanced PowerNow! Technology provides independent and dynamic control of core performance, and the ability to shut off areas of core logic when not in use to preserve power. ATI PowerXpress Technology, in turn, provides the high performance of discrete graphics when plugged into a power source and dynamically switches to integrated graphics when unplugged, saving up to 90 minutes of battery life. 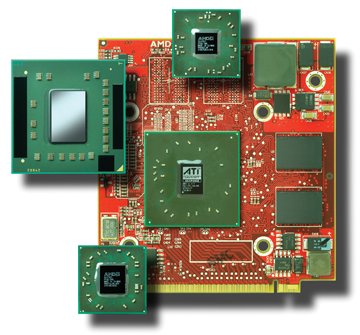