Posted on Wednesday, Sep 10 2008 @ 15:33 CEST by Thomas De Maesschalck
Apple rolled out its fourth generation iPod nano, they ditched the "fatty" design and returned to the tall design. The new iPod nano is available in 8GB and 16GB capacities and it's the thinnest iPod ever. The device has a 2" high-resolution display and one of major new features is a built-in accelerometer which allows you to "shake" your phone to go into shuffle mode. It's a nice extra but it's a feature we've seen before on Sony Ericsson phones.

The new iPod nano incorporates Apple’s breakthrough Genius technology which automatically creates playlists from songs in your music library that go great together, with just one click. The new iPod nano also features a refined user interface, a high resolution portrait display and a built-in accelerometer which automatically switches to Cover Flow® when rotated and automatically goes into Shuffle™ mode when lightly shaken. The new iPod nano gives users up to 24 hours of music playback or four hours of video playback and is available worldwide immediately in an 8GB model for just $149 and a 16GB model for just $199. Both models come in silver, purple, blue, green, orange, yellow, pink, RED and black.

iPod nano works seamlessly with iTunes® so you can import, manage and then easily auto-sync your favorite content. You can buy music, video and games for your iPod nano from the iTunes Store with more than 8.5 million songs available for preview and one-click purchase. With up to 24 hours of music playback or four hours of video playback on a single charge, the new iPod nano is the ultra-portable way to enjoy your favorite music, TV shows, movies and games on the go. The 16GB model holds up to 4,000 songs, 14,000 photos and 16 hours of video, and the 8GB model holds up to 2,000 songs, 7,000 photos and eight hours of video. 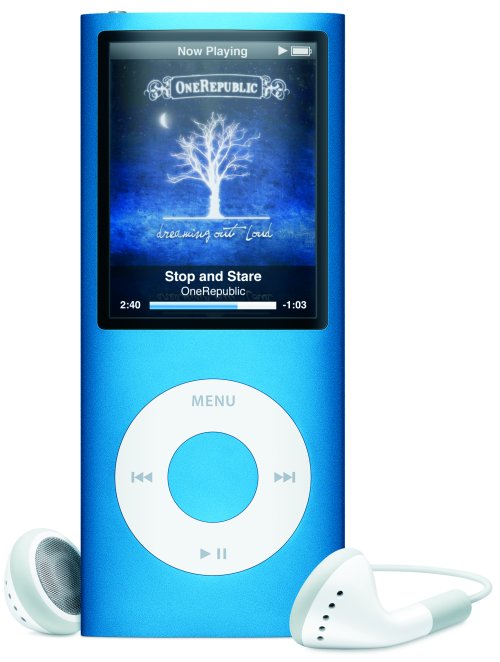