South Korean tech site Playwares discovered some motherboards easily enable you to activate the fourth core of some AMD "Heka" Phenom II X3 720 and Phenom II X3 710 processors. This is possible because these triple core parts are nothing more than quad-core chips with one core disabled.

Apparently, changing the Advanced Clock Calibration (ACC) BIOS setting to "Auto" is all you have to do. It works on the Biostar TA790GX, Asrock AOD 790GX/128MB, and possible other 790GX + SB700 motherboards as well. 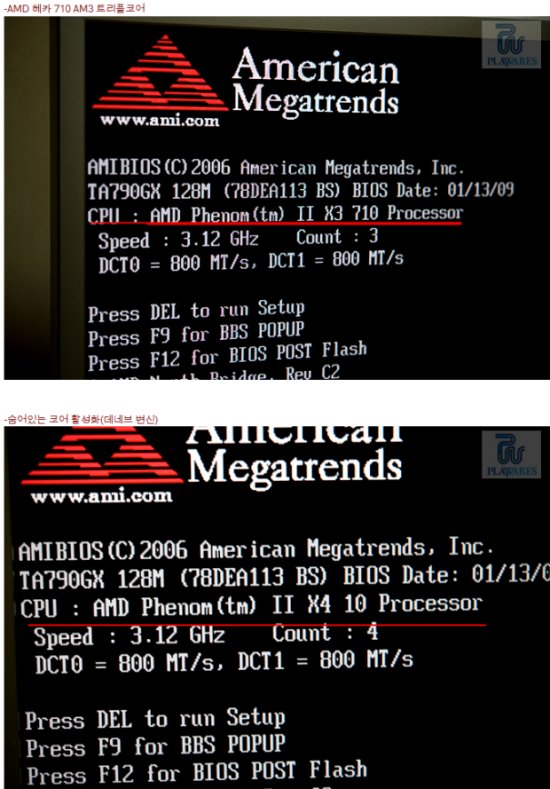 The site ran several benchmarks and it seems to work fine, the fourth core had no trouble with Prime95. A round of 3DMark06 benching further confirms the fourth core works properly, as it boosts the CPU score from 3795 to 4776.