Posted on Wednesday, Apr 29 2009 @ 20:28 CEST by Thomas De Maesschalck
NVIDIA Ion based nettops from ASRock and Pegatron were shown off at press conference in Taiwan. The ASRock ION 330 looks identical to the company's S330 nettop, but featured the Intel Atom N330 with integrated GeForce 9400 graphics. Also shown at the conference was the Cape 7 nettop from OEM company Pegatron.

According to NVIDIA, PC makers will introduce around 40 Ion based netbooks and nettops during this year. 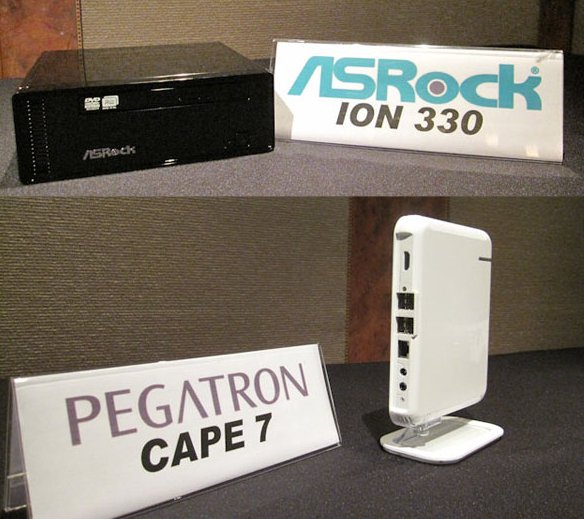