The first Windows Vista beta version focuses greatly on security and has many enhancements to protect the user's computer. It also incorporates a beta version of Internet Explorer 7 and new features to improve PC management and performance.

Here's a screenshot showing the new Virtual Folders technology, which is a saved search that is automatically and instantly run when a user opens the folder. 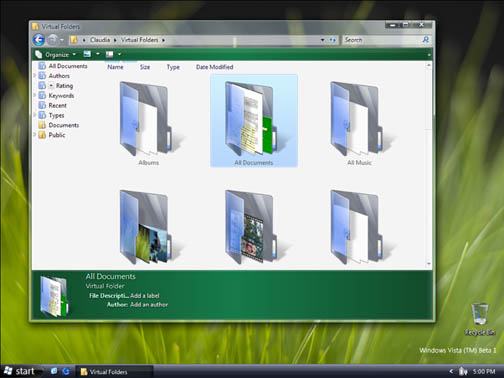 A full fact sheet of Windows Vista can be found here and some more Vista screenshots can be seen over here.