Earlier this year we wrote on DV Hardware that NVIDIA showed off its latest automotive technologies at CES, this included the NVIDIA PX for automatic parking and other auto-pilot capabilities, as well as the DRIVE CX cockpit system that provides a top-down, 360-degrees real-time view of the surroundings of the car, eliminating the problem of blind spots.

Now NVIDIA introduces the DRIVE PX development platform, this will start shipping in May to automakers, automotive suppliers and research institutions. Priced at $10,000 this kit features two Tegra X1 SoCs and promises to be 3,000x faster than DAVE, an autonomous vehicle platform from DARPA.

DRIVE PX has 2.3 teraFLOPS of computing power and is capable of analyzing data streaming in from 12 cameras and sensors mounted all over the car.

Yet DRIVE PX is built to tap into a new technology called “deep learning” to give it capabilities far beyond what you can stuff into any of today’s passenger cars.

That’s because today’s advanced driver assistance systems have evolved around the principle of classifying objects that the car’s sensors would detect.

It works, but it’s not enough. Imagine training such a system to be ready for any possible eventuality. It’s just not possible.

Our DRIVE PX development platform is built to crack that problem. It includes a new deep neural network software development kit we call DIGITS, as well as video capture and video processing libraries.

DIGITS is a deep learning training system that can be run on systems powered by our GPUs – including our new DIGITS DevBox development platform – and that lets computers train themselves to understand objects in the world around them.

Then the model created by the DIGITS DevBox can be loaded into a vehicle and run in real time on the DRIVE PX. It’s a system that can be trained, and retrained, with more data. Every time your self-driving car gets an over-the-air update, it can get smarter. 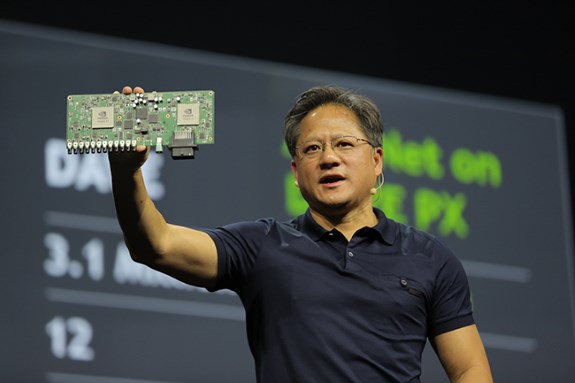 Elon Musk from Tesla sat down with NVIDIA CEO Jen-Hsun Huang at the 2015 GPU Technology Conference and told the crowd NVIDIA's Tegra is really interesting and really important for self-driving in the future. Musk added that we'll take autonomous cars for granted in quite a short time but noted that it's a long road from developing the capabilities to implementing them:

Not that Musk thinks autonomous cars will come easily. It’s a long road to get from developing the capabilities to implementing them. For example, he predicts that regulators will be loathe to allow self-driving vehicles until they’re presented two or three years of compelling evidence about their safety in comparison to driver-controlled vehicles.

Musk also cautioned that we’ll eventually will have to embrace a seismic change in our relationship with cars as regulators struggle with how to transition from driver-controlled vehicles to those controlled by computers.

Bottom line: at some point, people may not be trusted behind the wheel anymore.

“In the distant future, (legislators} may outlaw driven cars because they’re too dangerous,” he said.

He also noted that while getting autonomous cars to cooperate at 5-10 MPH is relatively simple, doing so at speeds between 10 and 50 MPH in urban and suburban settings—with pedestrians, cross-traffic and a host of other obstacles and distractions—will prove to be the really hard part of the work. Beyond that, he said, “Once you get above 50 MPH in a freeway environment, it gets easy again.”

That’s not all. Musk said that the transition to autonomous cars, even once they’re ready for prime time, isn’t going to happen overnight. He noted that there are 2 billion cars on roads today, and that the auto industry is cranking out another 100 million a year. At that rate, it would take 20 years to replace that fleet if autonomous cars were available tomorrow.

“It’s not going to all transition immediately,” Musk said. “It’ll take quite a while.” 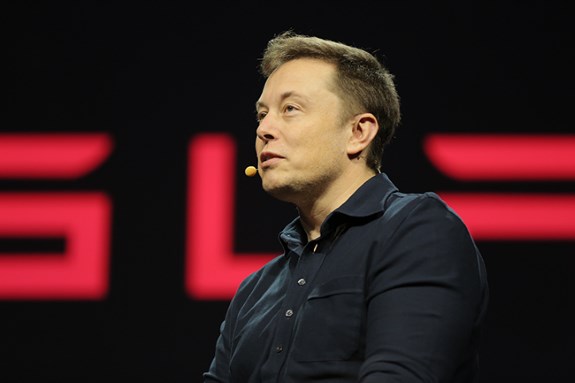