Posted on Thursday, Mar 26 2015 @ 11:34 CET by Thomas De Maesschalck
SanDisk and Toshiba announce their joint-venture has created world's first 48-layer 3D-stacked NAND flash memory. Called BiCS (short for bit cost scalable), this is a 2-bit-per-cell chip that offers a storage density of 128 gigabit (16GB). Sample shipments start today and mass production is expected to kick off in the first half of 2016 at the new Fab2 at Yokkaichi Operations.

For comparison, Samsung started mass production of 32-layer NAND last year. They are already achieving a storage density of 128Gb (16GB) but do so by using 3-bit-per-cell memory, which is starting to get a bad rep due to data retention issues.

SanDisk Corporation (NASDAQ:SNDK), a global leader in flash storage solutions, today announced that it has successfully developed its 48 layer second generation 3D NAND, also referred to as BiCS2. Pilot production will commence as planned in the second half of 2015 in the Yokkaichi joint venture facility, with meaningful commercial production targeted for 2016.

SanDisk plans to use the second generation 3D NAND technology across a broad range of solutions, from removable products to enterprise SSDs. 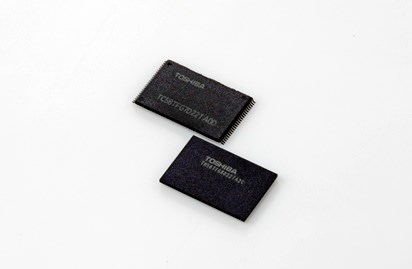