Posted on Wednesday, Jul 08 2015 @ 16:46 CEST by Thomas De Maesschalck
VideoCardz got its hands on photos of the upcoming Sapphire Radeon R9 Fury. This non-X model reportedly has 3854 stream cores, Sapphire has a reference-clocked model with a 1000MHz core as well as an overclocked 1040MHz version. The memory is 4GB HBM clocked at 1000MHz effective. Both cards use the Tri-X triple-fan cooling solution.

AMD Radeon R9 Fury is equipped with four display connectors: 3x DisplayPort 1.2 and one HDMI (1.4a). R9 Fury will fill the gap between R9 390X and R9 Fury X, which is somewhere between GTX 980 and GTX 980 Ti. Card launches exactly in a week. 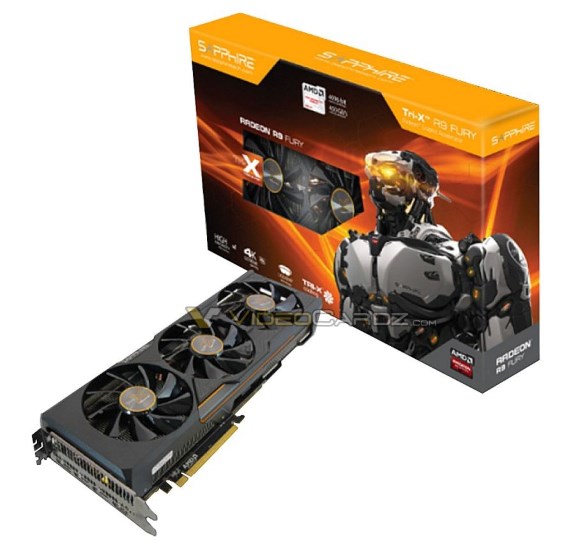 WCCF Tech on the other hand scored photos of the ASUS STRIX Radeon R9 Fury. This STRIX uses the same DirectCU III cooling solution as the StrIX R9 390 and STRIX GeForce GTX 980 Ti cards. The specific clockspeeds of the R9 Fury STRIX are unknown. 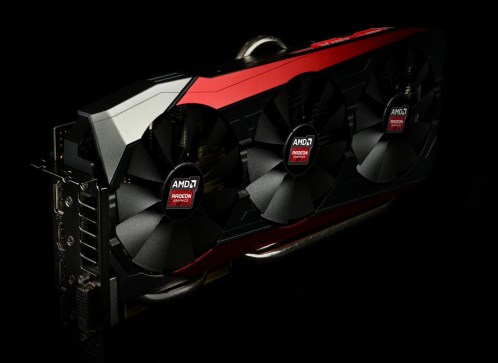 The R9 Fury is expected to hit the market on July 10th, pricing is anticipated to be around $549 for reference model while custom versions will be going for $599 to $629.