Apple 9.7-inch iPad Pro and iPhone SE are out

Posted on Tuesday, Mar 22 2016 @ 16:25 CET by Thomas De Maesschalck
Two new products from Apple were revealed yesterday. First we have the new 9.7-inch iPad Pro, this tablet features "TrueTone" technology that can automatically adjust the screen's color temperature with the ambient environment. The device features a 2048 x 1536 pixel resolution, an A9X SoC, 12MP digicam, and storage capacities ranging from 32GB to 256GB. Pricing starts at $599 for the WiFi model with 32GB flash memory.

Apple also launched the iPhone SE, a new compact model with a 4-inch screen. This version replaces the iPhone 5s. Pricing starts at $399 for a model with 16GB internal flash memory. 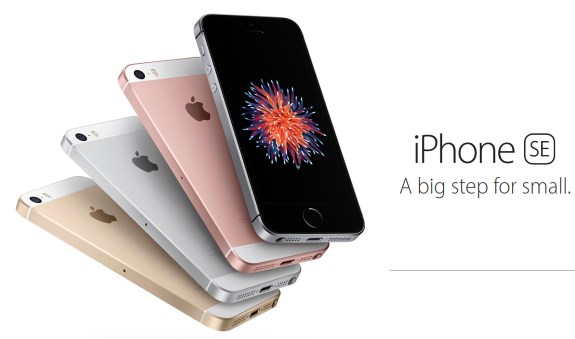