Posted on Wednesday, May 04 2016 @ 13:55 CEST by Thomas De Maesschalck
Some photos and benchmark results of the upcoming Intel Core i7-6850K were leaked. This Broadwell-E chip is made on a 14nm process, it has six cores, HyperThreading, 15MB L3 cache and a clockspeed of 3.60GHz.

The chip will be supported by existing LGA2011v3 motherboards but one interesting thing is that the package is somewhat different. It has a thinner fiberglass substrate, it measures 1.12mm vs 1.87mm for the Haswell-E, but has a thicker IHS. You can check out the benchmark screenshots at TechPowerUp. 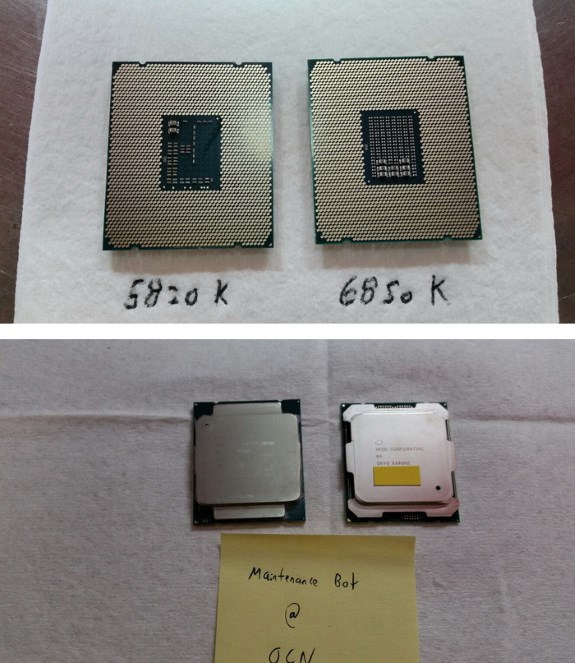