Over at Computex, Intel rolled out its new HEDT platform. Previously known as the Basin Falls platform, the new Intel Core X-series features Kaby Lake-X and Skylake-X processors with core counts ranging from 4 to 18. These chips use the LGA2066 socket, have a TDP of up to 140W and require a new motherboard with the Intel X299 chipset. Depending on the model, you get up to 44 PCIe 3.0 lanes. 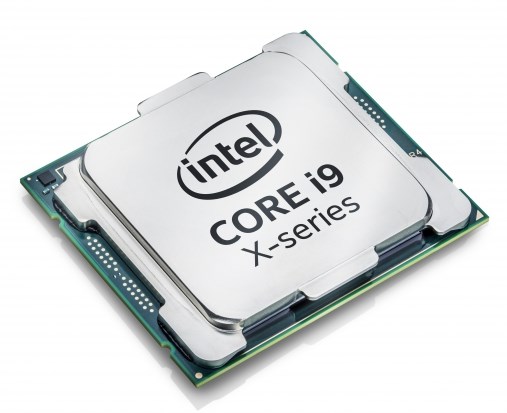 Here's an overview of the specifications of the new Core X series. Pricing starts at $242 for the most basic quad-core, quad-threaded model and goes all the way to $1,999 for the first desktop CPU with 18 cores and 36 threads. Do note that the specifications of the 12-core to 18-core parts are still unknown, it seems these chips were added to the lineup at a later point than the other models and will arrive later.

The next slide highlights the differences between the top-of-the-line Skylake-X and the more basic Kaby Lake-X models: 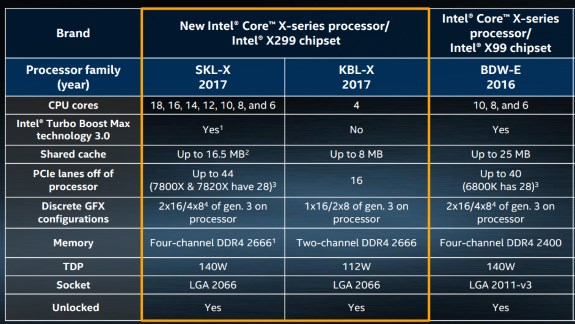 The new flagship parts will use Core i9 series branding and the top model is the $1,999 Core i9-7980XE. This model has 18 cores and 36 threads, the rest of its specifications are still unknown but Intel is already marketing this is a teraflop CPU. 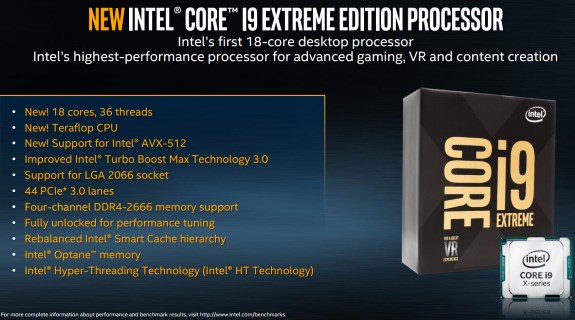 The Skylake-X SKUs like the 7820X, 7900X, 7920X, 7940X, 7960X and 7980XE will get the new Intel Turbo Boost Max Technology 3.0. This feature identifies the two top performing cores and directs critical workloads to those cores for a big jump in single- or multithreaded performance. 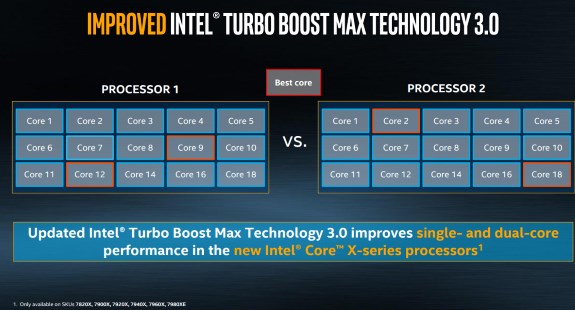 Another change versus the previous generation is a move to more per-core cache on the Skylake-X: 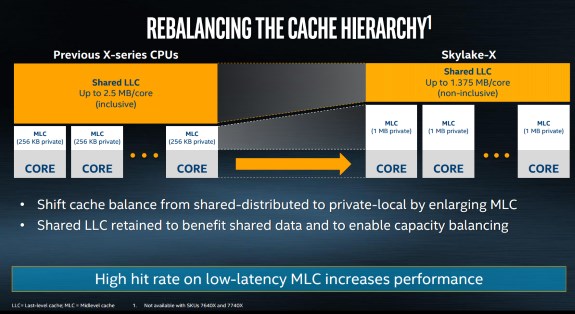 Expect the first new Core X-series processors within a couple of weeks.