A couple of weeks ago, NVIDIA quietly introduced a new GeForce GTX 1060 variant with GDDR5X memory. Now some photos popped up that confirm the theory that this card is actually based on the GP104, which makes it a cut-down GeForce GTX 1080. Basically, an easy way to flog a bunch of chips that aren't good enough for the high-end lineup.

In other words, NVIDIA found a way to sell chips with as few as half of all cores enabled in the GPU, under GTX 1060 brand.

The GDDR5X memory offers little benefit too as it's clocked very low, suggesting it's from a stash unable to hit the speeds seen on cards like the GTX 1080. I'm not suggesting this is a bad thing, this is just a bit of background information to clarify why NVIDIA is launching a seemingly illogical card.

Anyway, you can see the Colorful iGame GTX 1060 U-TOP V2 below, this card has a 8+2 phase power design, dual 8-pin PCIe power connectors, and a triple-fan cooling solution. Interestingly, it even has SLI fingers, but it's unknown if they work. 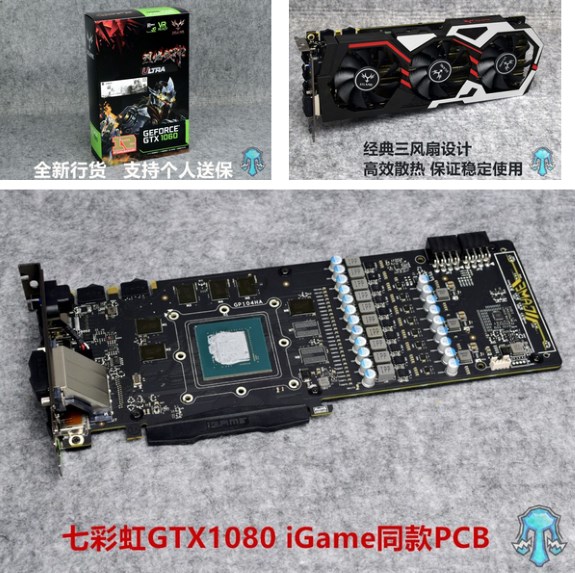