Tweakers, the largest tech site of the Netherlands, got its hands on two slides that detail Intel's desktop and mobile CPU roadmaps. The slides were provided by an anonymous source and originate from an internal Dell presentation. It's unknown when this roadmap was compiled, these sort of things can change rapidly so the information below may or may not be outdated.

First up, the interesting thing here is that the slides paint a different picture than what Intel has communicated to the general public. While the desktop roadmap is for the Stable Image Platform Program (SIPP), it does seem to suggest that the chip giant will have no 10nm parts for the high-end desktop market until 2022. It's unclear if this is due to continued problems, or whether Intel prioritizes 10nm for the mobile market. Either way, it looks like desktop enthusiasts will not be able to get 10nm parts until quite some time in the future. 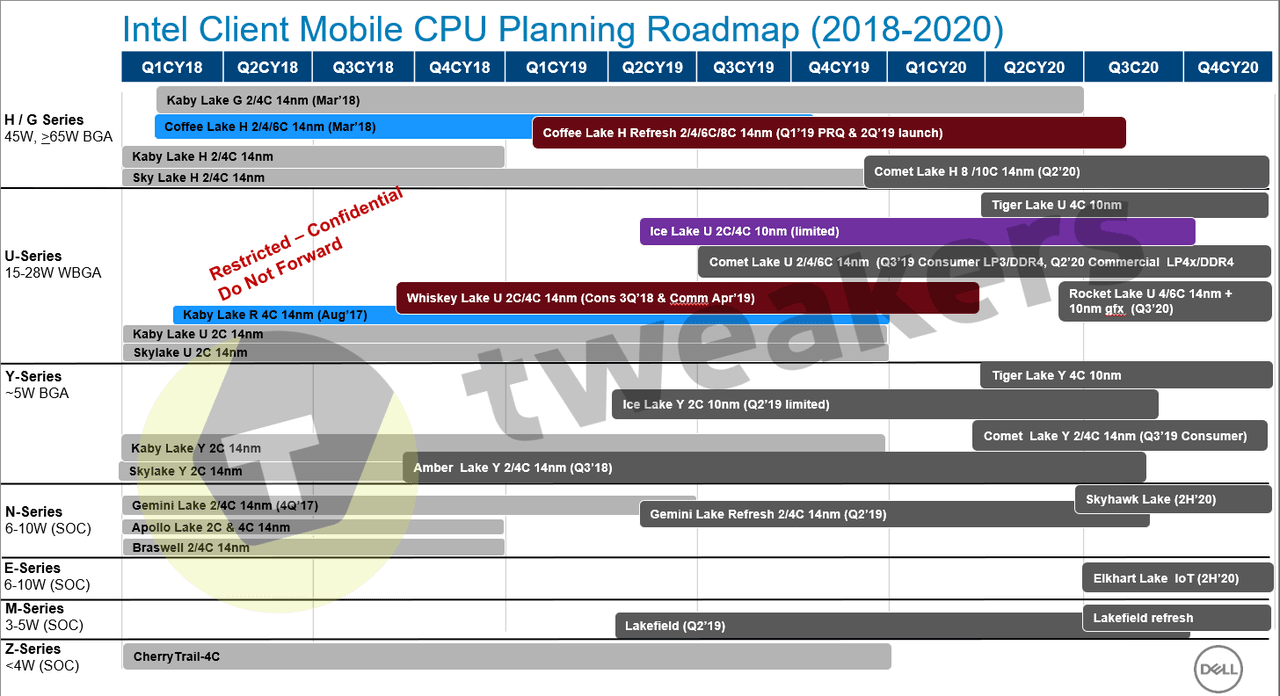 The successor to Coffee Lake Refresh is called Comet Lake and is expected in early 2020, this part will feature up to ten cores. For Q2 2021 there's Rocket Lake, which will be another 14nm architecture with a core count of up to ten cores.

Analysts contacted by EE Times speculate Intel will keep 14nm around for a bit longer due to all the money it invested in capacity expansions.

Kevin Krewell, also a principal analyst at Tirias Research, said he considered the purported roadmaps published by Tweakers to be credible, noting that Intel is likely prioritizing 10-nm laptop CPUs over desktop CPUs

"The focus for Intel's 10 nm process is likely mobile first and desktop second," Krewell said. "With all the 14 nm capacity Intel is putting in place, it will likely lean on that node for a longer time."

The mobile roadmap reveals limited volume Ice Lake U 10nm parts will start appearing sometime this quarter. Tiger Lake U and Y 10nm processors will follow in Q2 2020, these are energy efficient quad-cores. The roadmap also shows Rocket Lake U, these chips will offer up to six 14nm cores in combination with a 10nm GPU. 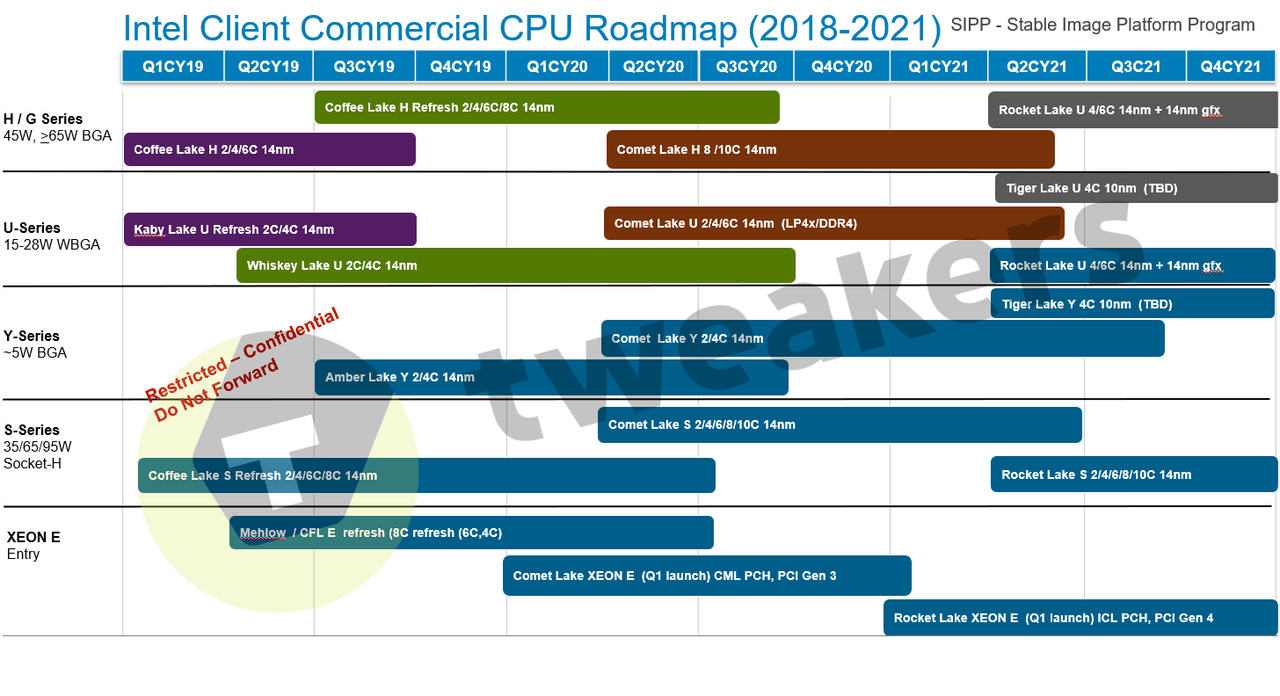