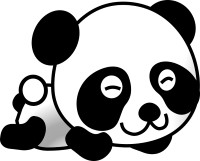 China has set a goal to reduce reliance on foreign tech. For its state PCs, the country aims to get rid of all foreign PC hardware and operating systems in 2022. The country will get rid of Intel, AMD and NVIDIA based hardware in favor of domestic hardware. The goal is to replace 30 percent by the end of 2020, another 50 percent in 2021, and the final 20 percent in 2022.

There are two main incentives here. First, China wants to support its homegrown semiconductor industry. Secondly, the country is making this switch due to security concerns.

That’s millions of devices shifted to the scrapheap in favour of domestic models. Their replacements will be produced by the likes of Zhaoxin, YMTC, and ChangXin Memory – a few of the companies rising to meet the goals set out by the Chinese government. These companies have been ramping up production to hit China’s lofty self-sufficiency goals, and are reportedly broaching performance previously believed unattainable outside of the major international manufacturers.

The plan is not limited to CPUs and GPUs. All hardware is affected, including motherboards, mobile chips, memory, SSDs, etc. Software makers are also affected as homegrown operating systems and applications will need to be used. More details PCGamesN.