The CRFT 06 H510 Rainbow Six Siege is a limited edition model with an illuminated 6-logo on the front panel, and specially designed side panels.

This H510 case features a barricade on one side and reinforcement on the other. This case is unlikely to be breached due to all-steel construction plus a signature PSU shroud. There is tactical builder-friendly cable management for certain operators. Standard deployment includes a full tempered-glass side panel to showcase your reinforced build and challenge those who would lay siege. 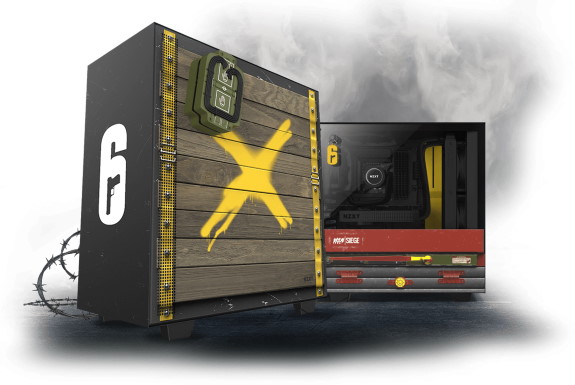