Igor Wallossek got his hands on a SDV (Software Development Vehicle) of the Intel Iris Xe MAX (DG1) video card. The article discusses the card's features, contains photos of the bare PCB, and has some (attempts at) benchmarks.

It's a really barebone card, behind the cooler there's just a small chip and the PCB of this entry-level model is largely empty. Igor warns this is just a test sample but he is disappointed Intel still only has the bare basics running, and that's after months of driver improvements.

There's very little that seems to be working properly. Igor says even the HDMI and DisplayPorts of his Iris Xe MAX card were unusable. It's very strange this is still not working but the system is not stable when connected to the card's HDMI. Intel says you need to connect to the motherboard port of the IGP.

Everything else is a mess too. Performance is said to be on-par with the GeForce GT 1030 but Igor was not able to verify this. Trivial benchmarks fail and the card can't even finish a 3DMark test. The only thing that seems to be a bit stable is basic Office, web browsing, and a bit of media playback. To sum it up, the DG1 is a complete mess.

Whether Intel has done itself any favours at all with the DG 1 can actually be doubted in view of the lousy (non-)performance, because this is by no means a figurehead, but rather a deterrent example of how you construct something that you then can’t even use for lack of suitable drivers. Meaningless wasted resources, that’s all. I really would have preferred to write something more edifying, and in the end I can only hope that Xe will at least perform much better and more flawlessly as a component of Intel’s new mobile CPUs. As a dedicated graphics card, I don’t even want the thing as a gift, even for the office. 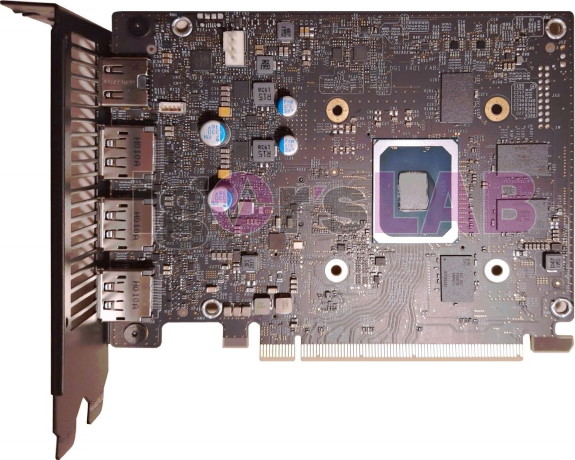