In a paywalled article, The Information details Apple's plan to launch a high-end mixed reality headset. The device reportedly features 8K displays and has advanced technology for eye tracking as well as a dozen cameras to track hand movements. Apple's headset reportedly requires no special input devices, it exclusively relies on eye, gesture, and movement tracking.

The M1 chip, or a custom version of it, is expected to be the processing power of the headset. It's rumored that the headset will feature LIDAR sensors for room mapping and that Apple will use foveated rendering to enhance performance and battery life:

It is reported that the glasses would feature 8K resolution per eye. This resolution would not be applied at all times, instead, the device would automatically adjust the resolution depending on where the user is looking. This would be achieved using eye-tracking technology. Such a solution known as “foveated rendering” would increase the performance and battery lifespan of the device.

The mixed reality headset from Apple will reportedly be ready in 2022. The target price is $3,000 -- which is significantly more than what's charged for today's virtual reality headsets. A standalone headset like the Oculus Quest 2 retails for $299. 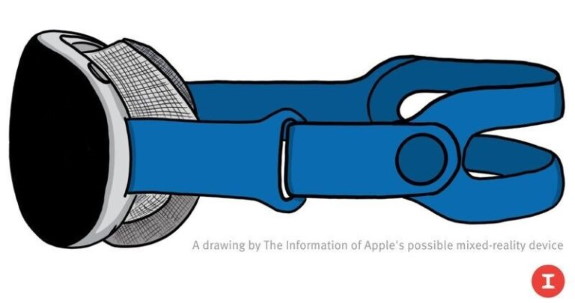