After waiting more than five weeks for my Wii to arrive one of the first games I played, besides the included Wii Sports, was Call of Duty 3. This game is the third installment in the Call of Duty video game series and unfortunately for PC gamers CoD3 is only available for consoles.

In case you don't know, the Call of Duty games are a World War II franchise. The events in CoD3 take place just after the landing in Normandy and during the game, you assume the role of an American, British, Canadian, and Polish soldier.

Call of Duty 3 is one of the few games that is available for all three "next-gen" consoles: the PlayStation 3, Xbox 360 and the Wii. It's made by Treyarch and published by Activision. 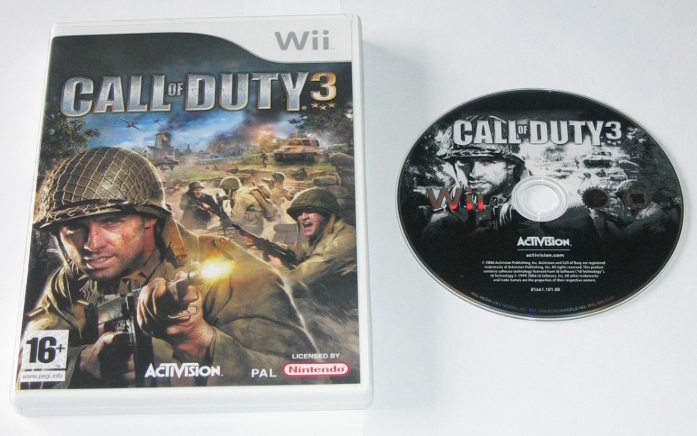 Gameplay
The game starts with a short training, IMO they should have made this training a lot longer to learn how CoD on the Wii works. Right after the training, you're immediately thrown into the war, and most players will barely know how the controls work. The gameplay of CoD3 is pretty cool but it takes some time to get used to it, there's a pretty steep learning curve. 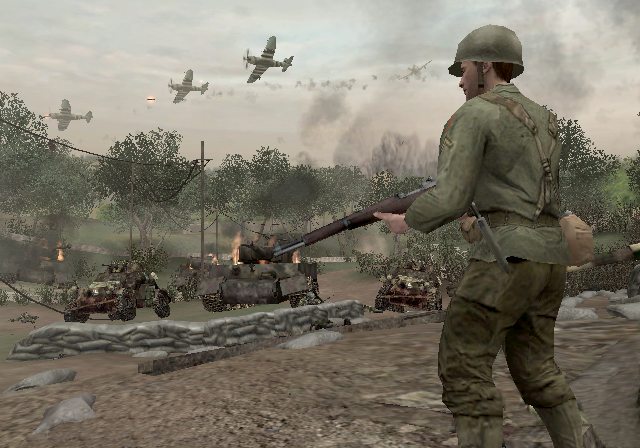 Call of Duty 3 takes advantage of the new controls made possible by the Wiimote and Nunchuck. You use the Nunchuck to move around and the Wiimote is used as a gun, you have to aim on your screen with it and shoot with the B button.

Here's a picture which shows you the basic controls: 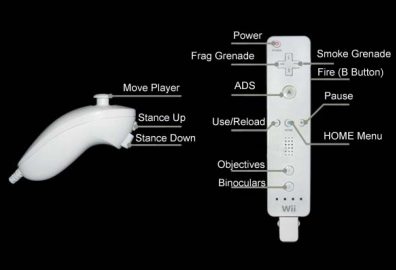 There are also some other nice things in this game: 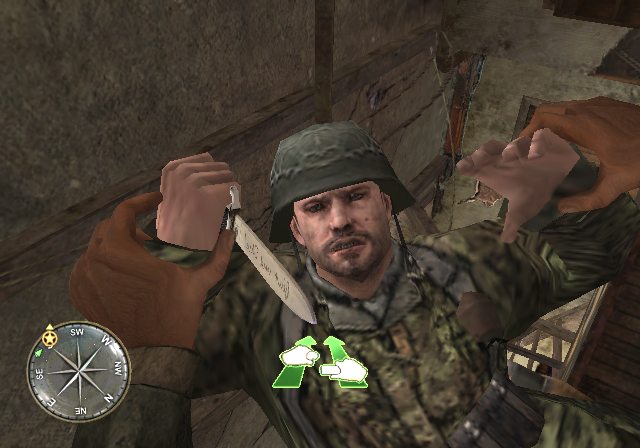 The game is pretty straightforward, don't expect any mind-breaking puzzles. In the left corner is a compass, the yellow star on the map shows you where you need to go to finish your current objective.

Graphics
I didn't expect top-notch graphics on the Wii but what I saw with Call of Duty 3 was really bad. The graphics suck, there are lots of jaggies, some of the trees look really horrible, lots of low-quality textures, the grass looks bad or is just missing, ...

It all looks really low-end. I played Call of Duty 2 on a four-year-old PC a few weeks ago and that looked a lot better than Call of Duty 3 on the Wii.

Another problem with Call of Duty 3 is the lag that sometimes occurs when there are lots of enemies and explosions. While playing this game I had this problem a couple of times, it would slow down so much that I could barely do anything. 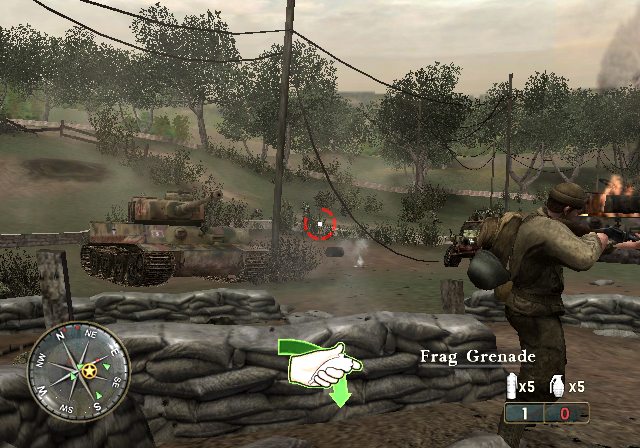 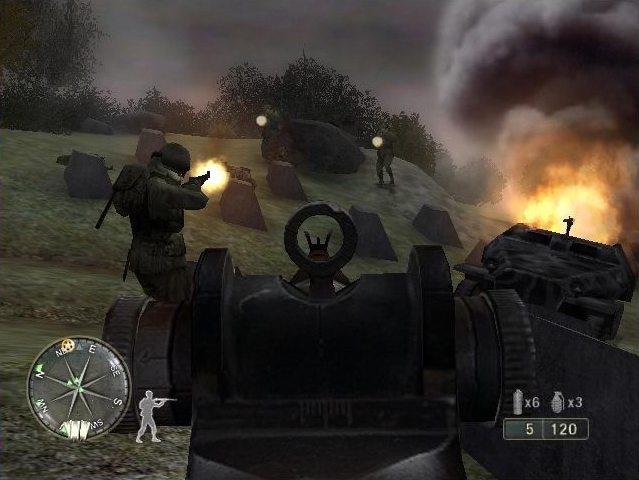 Value
Call of Duty 3 is a pretty fun game but unfortunately, it's pretty short. Most people report it takes them only 8-10 hours to finish the game, I haven't counted how many hours it took me to finish this game but I think it was close to 8-9 hours.

Unfortunately the game doesn't have a multiplayer mode (none of the Wii games have this yet) so the replay value is quite low.

Sound
The audio effects and music in CoD3 are fine, I can't really report anything bad about this component.


Conclusion:
The gameplay of Call of Duty 3 on the Wii is pretty cool and innovative but the graphics suck, the game is pretty short and there's no multiplayer mode. I had fun playing this game but I was a bit disappointed as I expected more from this game. Let's hope that the next WWII shooter for the Wii, Medal of Honor Vanguard, will be better than CoD3.


I uploaded a video to YouTube to show you some CoD3 action:

The Bad Stuff
- The graphics suck
- Call of Duty 3 for the Wii doesn't have a multiplayer mode.
- Performance problems in some levels
- The game is pretty short.
- Training should be a bit longer to make you more experienced with the new Wii-way of playing. 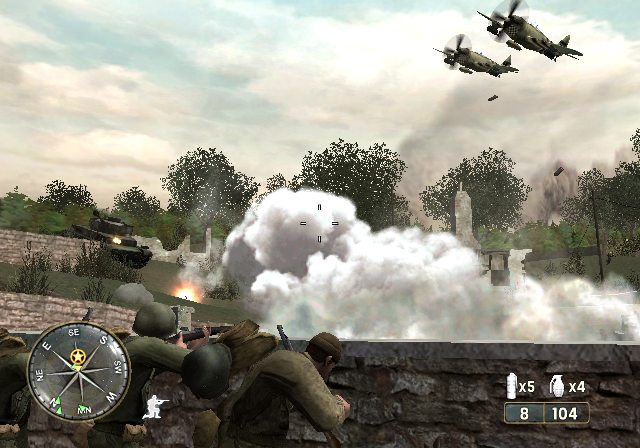