Posted on Monday, Apr 10 2017 @ 14:17 CEST by Thomas De Maesschalck
SK Hynix sends out word the company has made world's first 3D TLC NAND flash memory that uses 72-layers. The new chip has a capacity of 256Gb (32GB) and towards the end of the year SK Hynix promises 512Gb (64GB) versions. Earlier this year, rival Western Digital presented the first 64-layer TLC 3D NAND flash memory chip with a capacity of 512Gb (64GB), claiming it will ship this in volume in the second half of 2017.

SK Hynix Inc. today introduced the industry’s first 72-Layer 256Gb(Gigabit) 3D(Three-Dimensional) NAND Flash based on its TLC(Triple-Level Cell) arrays and own technologies. The Company stacks 1.5 times more cells for the 72-Layer 3D NAND than it does for the 48-Layer 3D which is already in mass production. A single 256Gb NAND Flash chip can represent 32GB(Gigabytes) storage.

With this new 72-Layer 3D NAND chips having 30% more efficiency in productivity and 20% higher performance, SK Hynix has been currently developing NAND Flash solutions such as SSD(Solid State Drive) and storage for mobile devices such as smart phones. With the improved performance, high reliability and low power consumption, the Company looks forward to solidifying its business competence in the 3D NAND memory solutions.

“With the introduction of this industry’s highest productivity 3D NAND, SK Hynix will mass produce the 256Gb 3D NAND in the second half of this year to provide this to worldwide business clients for optimum use in storage solutions” said vice president Jong Ho Kim, the Head of Marketing Division. “The Company plans to expand the usage of the product to SSDs and mobile gadgets such as smart phones to further improve its business structure weighted towards DRAM” he added.

3D NAND demand will rapidly increase across AI(Artificial Intelligence), big data and cloud storage in the 4th industrial revolution. According to Gartner, NAND Flash market revenue is expected to total USD 46.5 billion in this year and post continuous growth to amount to USD 56.5 billion in 2021. 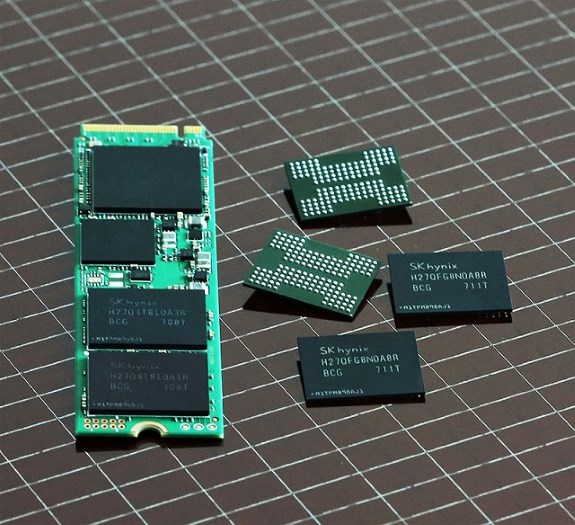